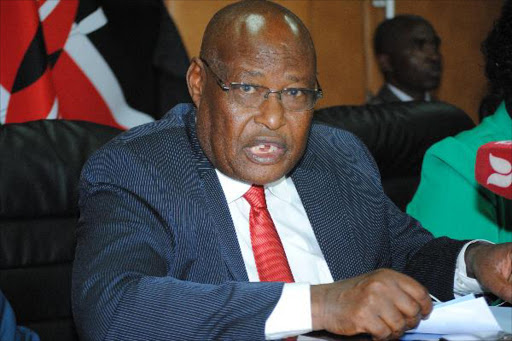 Security stakeholders from Nandi and Kisumu counties have formed a joint peace monitoring committee to find a permanent solution to border conflict.

Members of the committee include security agencies, youth, religious leaders, women and elders.

The committee was launched in Nakuru town yesterday after a two-day workshop sponsored by the National Cohesion and Integration Commission.

The workshop was a follow-up to the peace accord signed during a meeting in Muhoroni, Kisumu county, between January 13 and 15.

The meeting took stock of the progress in restoring peace.

Twenty-two of the 29 attackers in recent cases have been arrested, he said.

“I laud security agencies in the counties for the progress they have made in containing cattle rustling,” Kaparo said.

“I challenge security agents to arrest anyone involved in cattle rustling.”

He said NCIC will assist in ensuring there is permanent peace.

Some 52 officers patrol the border 24 hours a day, they said.

The government will set up a police post on the border.

More officers will also be deployed.

Post a comment
WATCH: The latest videos from the Star
by RITA DAMARY
Rift Valley
17 February 2016 - 06:00
Read The E-Paper