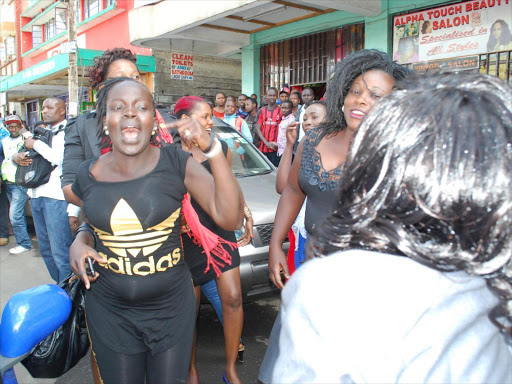 Commercial sex workers demonstrate in Nakuru town over the killing of their colleagues in what they said were targeted attacks, January 15, 2016. Photo/BEN NDONGA

Nakuru commercial sex workers say a serial killer is targeting and mutilating them.

Yesterday, they protested on Kenyatta Avenue against the rise in murders.

Two had their skin peeled off and the others’ eyes were gouged out, the sex workers say.

Their spokesperson Daisy Achieng said: “We cannot hold funerals for our members every other time. We are tired of our ladies being killed.”

She said Wangari had only recently joined the trade and it is unfortunate “we have lost a lady respected by many”.