He denied claims that the medical cover has been suspended. 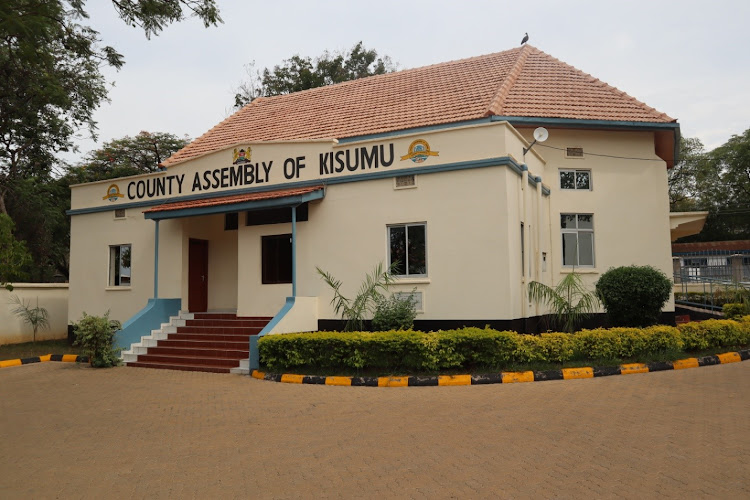 Kisumu County Assembly leadership has rubbished claims by a section of MCAs their medical cover has been suspended.

In a statement signed by Speaker Elisha Oraro, the leadership said the claims by the Members of the County Assembly are false.

They said all beneficiaries can get services at any point indicated by the provider at any time.

On claims of non-payment of Ward offices, they said all the MCAs including the disgruntled few are aware that the situation was partly caused by problems of their own making.

The delay by them to complete the process of identifying Ward offices and having the landlords submit necessary ownership documents for processing their pay made the delays, they said.

"We are currently waiting for the national treasury to release money to the County so that the payments are made," read the statement to the media.

They were responding to claims by a section of MCAs who on Wednesday held a presser and made several allegations against the leadership of the Assembly on matters to do with their welfare.

However, on delay to pay travel allowances to the Members, the house leadership indicated that the allowances are paid as and when the assembly receives money released to the County from the National Treasury.

" While we regret that we don't have the power to force the National Treasury to release money on time, we hope that it will be persuaded by the recent presser to release money for October, November and December" read the statement in parts.

They stated that while majority of MCAs have already healed following the outcome of the Speaker's election in September, 2022, a few of them are still nursing "its hangover".

The house leadership, however, informed the people of Kisumu and all the stakeholders that the Assembly remains committed to delivering on its mandate of legislation, representation and oversight.

"As the few Hon. Members continue to heal, we urge them not to lose focus on the bigger picture - delivering services to the electorates, the people of Kisumu County", the statement read in parts.

Some elected leaders have been skipping functions organised by state officers.
Counties
1 month ago

Raila thanked God for seeing them through to this year's Christmas.
News
1 month ago

Says the government intends to provide 25,000 wifi hotspots to the public.
News
1 month ago
Post a comment
WATCH: The latest videos from the Star
by FAITH MATETE
Nyanza
22 January 2023 - 15:17
Read The E-Paper