Union official says there had been stagnation for ten to 15 years. 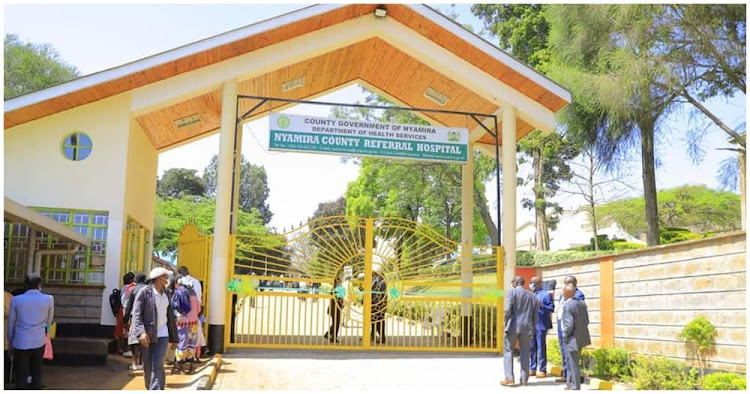 A view of Nyamira He and Referral Hospital where specialist doctors lament delay in promotions
Image: MAGATI OBEBO

Doctors in Nyamira have lamented over job stagnations and delayed promotions stretching over a decade.

They have now given the County until March 1 to effect the promotions or stage a walkout from their workstations.

The officials said there had been no promotions for as many as ten to 15 years sparking low morale among staff.

The County had only been promoting staff in other departments while sidelining them, added Orwenyo

He said as a union they had hoped the anomaly could be rectified diplomatically and interpreted before it could spill out to the press.

"It is sad we are here washing the same dirt linen in public over the years," stated Orwenyo.

The County, he said, had been directing its energy on promoting other county staff while omitting doctors with abandon

"We now demand that the County promotes and designates all the doctors and settles all their accrued arrears failure to which we withdraw services," said Orwenyo in a statement.

If the demands remain unmet by March 1 the doctors will unanimously decide on a massive walkout of their workstations to paralyse services, he added

"The withdrawal of services will persist until such a time the members are put in the right job groups," he said

Orwenyo who spoke to journalists in Kisii further spoke of the need by the devolved unit to recruit more doctors to boost services in the sector.

Already many of those in the service are overstretched due to understaffing in the sector.

" It gets worse when the same people are demotivated because of being bypassed on promotions which they deserve," stated Orwenyo.

Consequently, he asked the County to undertake more staff recruitment to redress the existing shortfall.

"There is a need that the governor gives this the attention and urgency it deserves, " he stated.

At least three cows have died
Counties
3 weeks ago
Post a comment
WATCH: The latest videos from the Star
by MAGATI OBEBO Correspondent, Kisii
Nyanza
17 January 2023 - 22:03
Read The E-Paper