Beware of gangs on the prowl in Kakamega's Jua Kali estate

• Insecurity has been blamed on a combination of chang’aa and drug trade, sex trade and complicity by rogue police officers and local administrators.

• Some landlords fear being identified discussing the evils that take place there and prefer to speak in confidence. 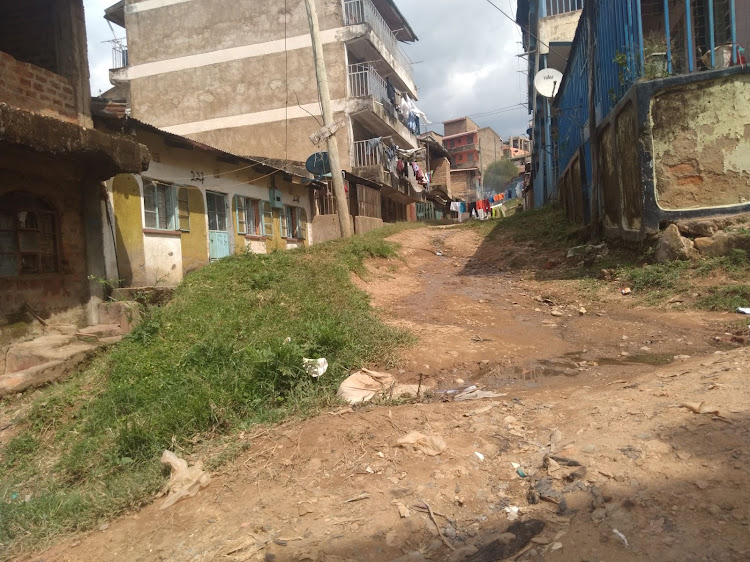 One of the alleys where gangs attack those leaving and entering the Jua Kali estate in Kakamega town
Image: /HILTON OTENYO

The Jua Kali estate in Kakamega town is fast turning into a hub of crime.

This has been blamed on a combination of chang’aa and drug trade, sex trade and complicity by rogue police officers and local administrators.

This has left those living on the estate at the mercy of criminals. Some have been forced to relocate to other estates.

Sex trade is rife at the estate and joints adjacent, turning the estate into an almost like biblical like Sodom and Gomorrah.

Some landlords fear being identified discussing the evils that take place there and prefer to speak in confidence.

In the last two weeks, three people were killed in the area by a panga-wielding gang.

A watchman was attacked and beaten senseless before being robbed two weeks ago in the town. He later died.

Friend hotel manager John Nyongesa was attacked and seriously injured by thugs on October 2 as he walked home at 8pm.

In May this year, a middle-aged man was attacked by sex workers who chopped off his penis after he was unable to pay for services.

Police did not arrest the attackers after the victim reported the matter.

They instead arrested him after a sex worker filed a complaint that he refused to pay her after offering him service.

Landlord Philip Ashiono said trade in illicit brews and drugs had bred insecurity that is now scaring away potential tenants.

A tenant, who declined to be named for fear of his safety, said chang’aa business is the organisational unit of crime on the estate and is protected by police officers.

Chang’aa dealers are the sponsors of the killer gangs whom they use to commit times and then pay them later, he said.

He said sex workers rob people who decline to engage in sex with them.

"They use aliases, not their real names and it's difficult to identify them when they commit crime. Some have abodes in different towns and disappear when they commit a crime until the situation is settled then they come back," he said.

He said the problem at the estate has been compounded by land issues where neighbourhood associations and Jua Kali association are fighting over ownership of the parcels.

The county government is in the process of regularising ownership of a land that was initially reserved for Jua Kali sheds, but their association instead sold the land to private developers who built residential units without proper planning.

Resident Tony Likhalami said he was attacked by three women pretending to be drunk and robbed of Sh2,000 at 6.15pm on November 2.

He said one of the women blocked his way as he entered the estate. He pushed her out of his way.

“A second woman then shouted at me and splashed water on my back and a third one came and asked me why I couldn’t ask her colleague to move aside instead of pushing her to the ground,” Likhalami said.

He said he slapped her hard but she didn't let go of him. Two others joined in and robbed him of money before leaving.

“I continued walking on because I knew they were provoking me into going back and you would never know who they were working with,” he said. 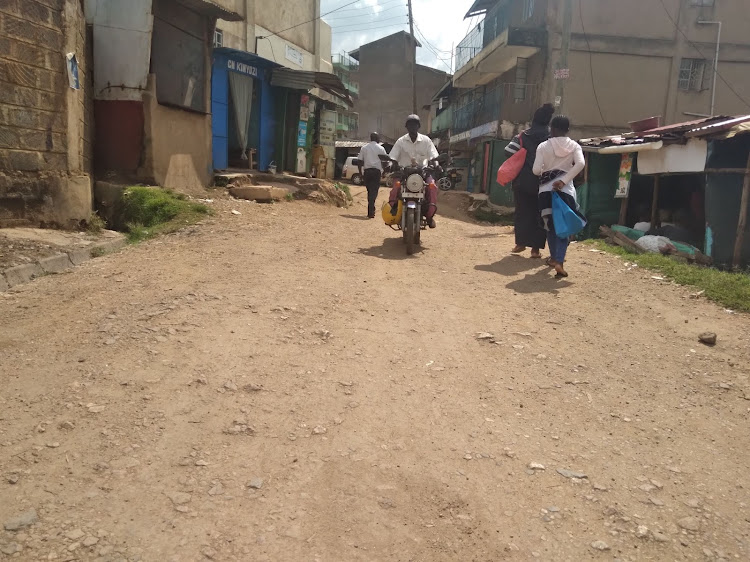 Both security agencies and the county government agree there is insecurity and have held meetings with other stakeholders and the public to address the issue.

“We are soon having a meeting with all subcounty commanders and the county commissioner to map out an operation that will restore safety in the town,” Kakamega county police commander Joseph Kigen said.

He said the NPS is engaging with the county government to assist in the restoration of safety in the town.

“I am aware of such a thing because people have complained. I have gone there and seen what it is and we shall be raising the location soon,” Kigen said.

He said the county government should enhance accessibility to the estate and erect high mast security lighting to increase safety.

The police boss however blamed the public for refusing to give evidence after their arrests, hence the failure by police to jail suspected criminals.

“We want leaders to sensitise the community on the importance of giving information to the police and testifying as witnesses when notorious criminal are arrested,” Kigen said.

The county government acknowledges that insecurity is on the rise across the county and attributed the phenomenon to joblessness among the youth.

Deputy Governor Ayub Savula, during a security meeting with security agents, stakeholders and members of the public on Tuesday, said the county intends to set up an industrial park that will create jobs for youth to slow down crime.

Savula said the county administration will open up and improve roads leading to estates, erect security lights and collaborate with elected members of the National Assembly to put up police posts.

Night guard Ernest Echesa, 75, who cheated death after a gang attacked him a month ago in the town, said the terror gang comprised young men aged between 25 and 35 and targets mostly boda boda riders and watchmen guarding business premises.

“I saw my attackers well, they were armed with crude weapons and pangas, but they struck before I could act. I managed to jump over a fence into a hotel compound where a colleague raised the alarm and they fled,” he said.

Clerics have raised concerns about insecurity in the county.

“One of our guards was killed while another is still fighting for his life in hospital. We want action taken to address this unfortunate situation,” Odinga said. 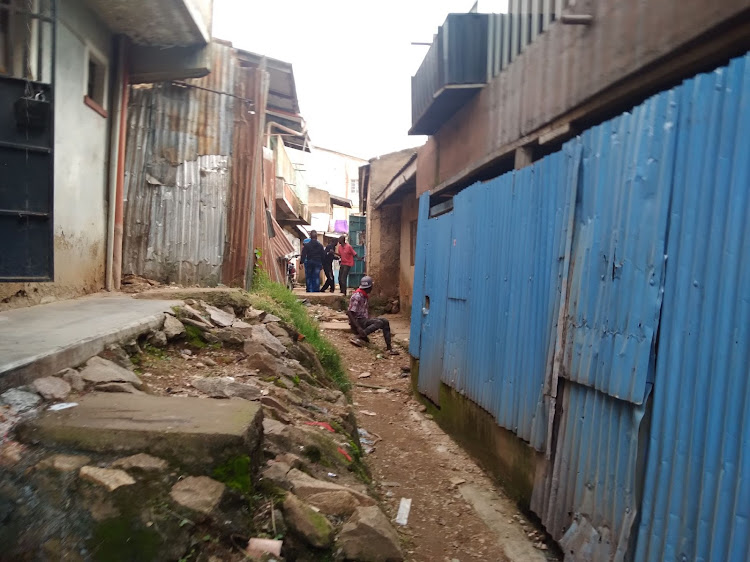 One of the back street base where gang members openly smoke bang and attack peopleat Jua Kali estate in Kakamega
Image: HILTON OTENYO

Police inaction has been partially blamed on the rise of robberies around the country.
Counties
2 weeks ago

They want more resources and politicians to stop bashing their operations
News
2 weeks ago
Post a comment
WATCH: The latest videos from the Star
by BY HILTON OTENYO
Nyanza
16 November 2022 - 22:00
Read The E-Paper