Raila is expected to meet the 47 MCAs on Monday for dinner.

•According to the county assembly clerk Owen Ojuok, the purpose of the orientation is to prepare the MCAs for the Tuesday exercise. 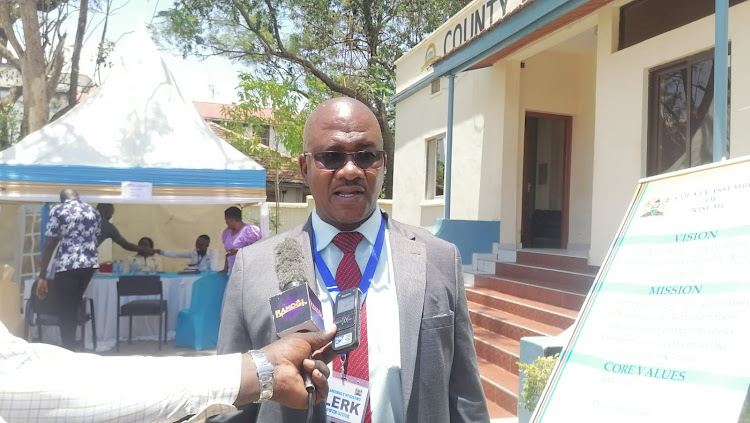 Only 25 out of 47 MCA elect in Kisumu County attended the induction ceremony at the assembly on Monday ahead of the swearing-in exercise on Tuesday.

According to the county assembly clerk Owen Ojuok, the purpose of the orientation is to prepare the MCAs for the Tuesday exercise.

"They have been registered the members, given them forms to sign code of conduct, taken through standing orders amongst other things".

However, sources claim some of the MCAs who absconded the induction ceremony, were on a retreat to plot for the election of the county assembly speaker.

A total of 10 candidates applied for the position and according to the clerk, six have so far returned their papers.

Owen said it was up to the MCAs to decide on who to elect, but they will carry out free and fair democratic nominations.

So far, he said, they were ready with all the necessary ballot materials.

The two top main contenders in the speakers' elections are the incumbent Elisha Oraro and former Majority Leader in the first assembly Samuel Ongou.

Oraro already expressed confidence in winning the seat, citing the major boost after the ODM party approved his nomination.

This was done through a letter by the party secretary general Edwin Sifuna.

While speaking to the press at the assembly precincts, Ong'ou also exuded confidence in a win. He asked the MCAs to conduct a free and fair election next week.

He noted that he has the numbers to give him a win next week as he promised to guide the Assembly to greater heights.

"Let's embrace peace within the county, let the campaigns not bring divisions because we still have a county to keep. We need a one united Kisumu county," he added

Kisumu county assembly has witnessed chaos in the past following the impeachments of two former Speakers.

First to be impeached was Ann Adul followed by Onyango Oloo.

Raila is expected to meet the 47 MCAs on Monday for dinner, a move viewed as a chance to whip the members to vote for Oraro.

Raila arrives in Kisumu ahead of speaker's election Tuesday

Only four people have qualified to vie for the speaker's post.
News
2 weeks ago
Post a comment
WATCH: The latest videos from the Star
by FAITH MATETE Correspondent, Kisumu
Nyanza
19 September 2022 - 19:28
Read The E-Paper