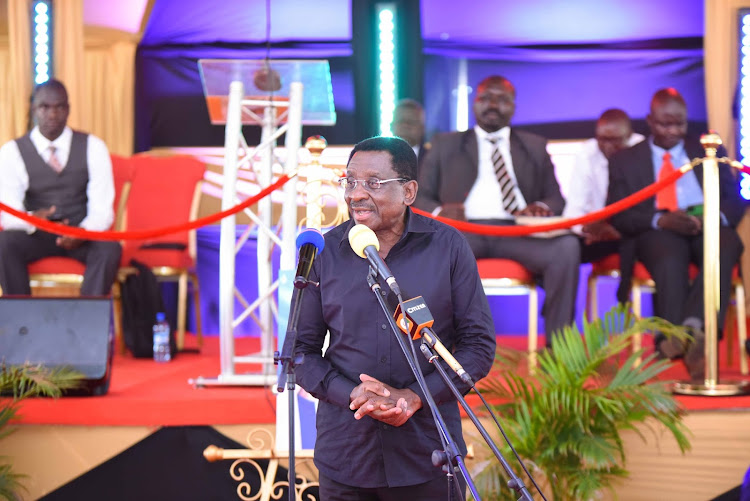 Orengo said the CHVs are an integral part of the health sector staff in the region and engaging them on better terms will motivate them to provide better services.

"In my manifesto I promised to elevate the status of CHVs since they are the first line in delivering health services in the remote areas. They have also significantly aided our health staff at various health facilities," he said.

The governor who spoke during a tour of Bondo Subcounty Referral Hospital said his government intends to mainstream the CHVs and improve their remuneration.

"We want to mainstream our CHVs so that they are not paid stipends. We want to engage them on better terms after the passing of relevant legislations, so that they can provide better services to Siaya residents," he said.

Orengo who was accompanied by Siaya Health and Sanitation executive Dismas Wakla further said the current drug shortage in dispensaries and health centres will be resolved within the next two weeks.

"My government has already taken action to resolve the issue of shortage of drugs in dispensaries and health centres. We have already been assured that the drugs will be supplied within two weeks," he said.

The governor said his government will strengthen the procurement process to ensure sourcing for drugs is done before they run out of stock at the health facilities.

He said he will upgrade Siaya and Bondo referral hospitals through infrastructure development and increase the number of doctors for better service delivery.

"I have observed that most units at Bondo hospital are temporary structures. Mortuaries in Siaya county with exception of Yala Subcounty Hospital also do not have refrigeration facilities befitting their Level 4 status. We will therefore endeavour to upgrade these facilities," he said.

The governor further assured Bondo residents that the perennial water shortage at the subcounty referral facility will be prioritised and addressed immediately, to ease operations at the hospital.

They said it is a sign of commitment by the governor to address the challenges affecting service delivery at facility.

Orengo: Just call me governor, not His Excellency

OCHIENG': What happened to Millennium Village Project in Siaya?

When the project finally folded, the village became an ashen shadow of its former self
Siasa
3 months ago
Post a comment
WATCH: The latest videos from the Star
Nyanza
14 September 2022 - 22:00
Read The E-Paper