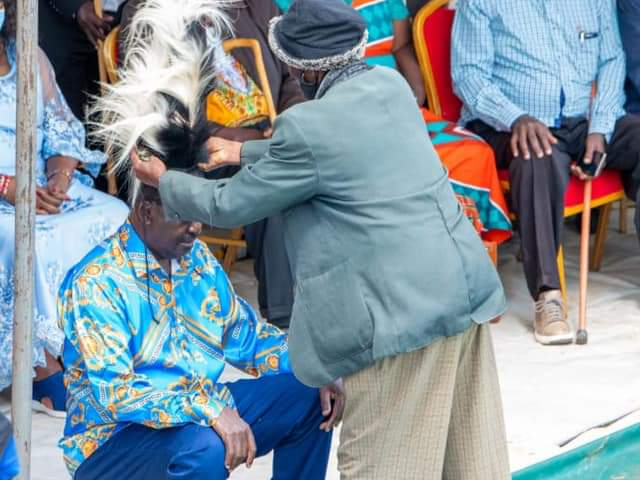 Azimio leader Raila Odinga has for the third time lost a grip on the Kuria minority community in his Nyanza backyard.

In the Tuesday polls, Odinga missed out on the presidential tally and the number of legislators from the area.

Robi said they had already warned Raila's men that Kuria is always locked out for them.

"We confirmed the same for the third time, tumewapanga (we have contained them) and we showed them fire at the ballot by retaining the constituencies and the presidential ballot,” Robi said.

Robi was speaking to supporters at the Mabera centre in his constituency after being declared winner.

He said the community is set to benefit more and hoped that Ruto is announced president.

Tyson Kemege, who was the Azimio presidential agent in the Kuria said they might have done poorly but they still hope Raila will carry the day.

“As his foot soldiers we did well on the campaign trail despite negative perception and we know as a minority community in Kenya we are safer under Raila,” he said on Saturday.

Kuria East ODM chairperson Rahab Robi said she was satisfied with the results as out of 12 MCA seats in the area, UDA only managed to win one with the rest going to Azimio affiliate parties.

“ODM bagged four, the rest are in our coalition which showed we had a strong groundwork despite other results,” Robi said.

She said he was arrogant and did not include other leaders in vote hunting.

With Nakuru having 11 constituencies the party won 8 parliamentary seats.
News
1 month ago