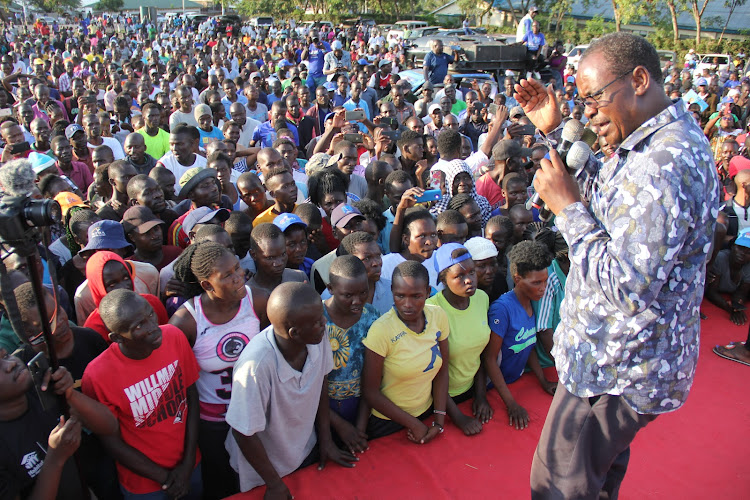 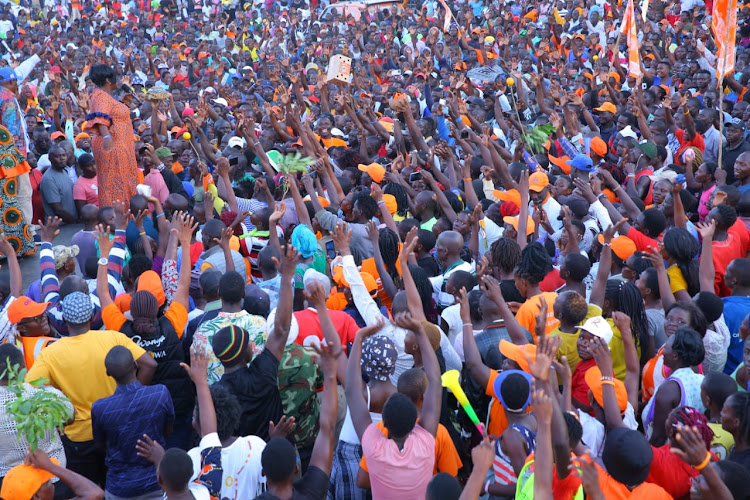 Homa Bay voters troop to polling stations today to decide the battle between Gladys Wanga and Evans Kidero, who are fighting to succeed Governor Cyprian Awiti.

The two front runners go to the elections with pollsters indicating a tight contest.

Wanga, who is running on the ODM ticket, and Kidero, who is an independent candidate, have engaged in a tight political competition for the seat.

In their campaign rallies, they have expressed confidence of winning over the other due to factors they feel will influence the outcome.

Pollsters have been giving different results, with the candidates switching the top position. Mark Rabudi is also on the governor race on UDA ticket.

On Saturday, the two candidates made their final submissions to Homa Bay residents, hoping they will be voted and win the coveted seat after Tuesday's general election.

They traversed the county before making their final separate rallies in Homa Bay town.

Speaking at Jua Kali grounds, Kidero said he decided to vie for the Homa Bay governorship to salvage the county from underdevelopment.

He pledged to establish industries such as cotton (Karachuonyo), potato (Kabondo), sugarcane (Ndhiwa) and at least a fish factory in Suba.

The former Nairobi governor asked Homa Bay voters to elect him on grounds he has adequate experience to transform the county.

“Homa Bay must take off in development from Wednesday when you elect Kidero as your governor. The industries are a source of job opportunities to the people,” Kidero said.

Wanga, on the other hand, asked Homa Bay residents to elect her on grounds that she can be trusted with the county leadership.

She also pledged to revitalise the collapsed industries such as cotton and fish.

Wanga urged residents to turn up in large numbers on elections day and embrace the six-piece voting pattern.

ODM is the prominent party in Homa Bay and should residents respond to Wanga’s call, then they (candidates) are likely to carry the day.

“I have been with you for the last 10 years and understand the problems you undergo. We must make a difference in Homa Bay,” Wanga said.

Homa Bay political observer Michael Kojo, however, argued that different factors will influence how residents will vote in the governor race.

Kojo said there are some people who will vote Wanga and other ODM candidates because they are staunch supporters of the party while others will do a protest vote due to the manner in which the party conducted its nominations.

Kidero and a number of candidates with independent tickets quit ODM arguing that they were shortchanged in the nominations.

Incredible nomination has been a challenge for the party.

“Majority of people may vote for Kidero to show their protest against the party's poor primaries. The residents say they will go for personality and not the party,” Kojo said.

Governor Awiti succession politics has also been pegged on performance of the governor.  Awiti threw his weight behind Wanga.

Some people accuse Awiti of misuse of public resources which led to underdevelopment. The residents argue that status quo will remain should Wanga win the seat.

“Wanga has distanced herself from inheriting Awiti’s way of leadership but still some people don’t trust her. This will influence the outcome,” he said.

However, it remains to be seen on who will win.

Violence erupted at Jua Kali grounds in the morning when youths stormed the venue.
News
1 month ago

Azimio-One Kenya is a coalition with more than 20 political parties.
Counties
2 months ago