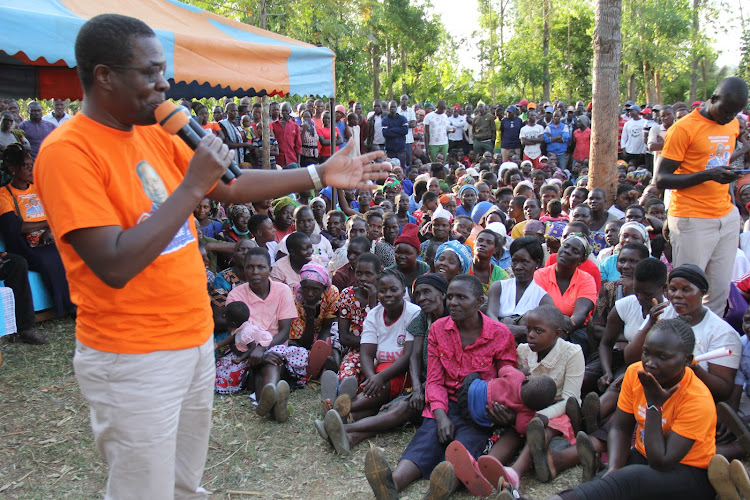 ODM candidates in Homa Bay and Siaya counties have devised a campaign strategy to popularise themselves ahead of next month's general election.

They are engaged in a campaign exchange programme strategy, where candidates in Siaya set camp in Homa Bay to drum up support for their colleagues while those from Homa Bay go to Siaya.

He drummed up support for Homa Bay governor candidate  Gladys Wanga and also asked Ndhiwa residents to reelect Martin Owino as their MP.

“Elections are about numbers and we can’t afford to belittle the forthcoming polls. Let’s vote for our presidential candidate Raila Odinga and his foot soldiers,” Wandayi said.

Apart from campaigning for the candidates, the politicians also popularise the party and route for a six-piece voting pattern.

In his speeches, Wandayi wondered why residents opt to make an about-turn and avoid voting for ODM candidates.

It is only in Ugenya where David Ochieng of MDG defeated Chris Karan of ODM in a by-election in 2019.

Political observer Patrick Agwagra said the strategy is aimed at countering the rebellion from ODM opponents in the region.

“Most ODM candidates have taken the support they get from residents for granted. They don’t deliver on the promises they made to the people during campaigns,” Agwagra said.

Ndhiwa MP Owino said they are expecting Oburu to come and help them campaign in Homa Bay this week.

“The campaign strategy is meant to win the trust of the people back to the party. More will follow because we expect Oburu in Ndhiwa,” Owino said.

Kanyamwa Kosewe MCA who is an ally of Wanga has on several occasions campaigned for Orengo in Siaya.

A number of ODM candidates are facing difficulties in their election campaigns after the party's National Election Board issued direct tickets against the wishes of residents.

All ODM gubernatorial candidates in Nyanza were given direct tickets.

Apart from sibling rivalries within the Azimio-One Kenya Coalition Party, the ODM candidates are facing strong competition from their colleagues running on independent tickets.

In Homa Bay, Tom Ojanga of Kanu is facing ODM’s Moses Kajwang for the Senate seat while Osogo is competing with Mary Ojode of DAP-K for the woman rep seat. Such competition is also being witnessed in the MP and MCA seats.

In Siaya, Orengo is against UDM’s Nicholas Gumbo while in the senate contest Oburu Oginga (ODM) is facing MDG’s James Wamban and Oscar Omondi of DAP-K.

Migori has seen Ayacko of ODM facing off with veteran politicians Dalmas Otieno (Jubilee) and John Pesa (DAP-K) for the governor seat.

The woman rep seat is a contest between Denitah Gati (ODM) and Lilian Akugo (Jubilee) while Eddy Okech is competing Sophie Marange (Jubilee) for Senate.

In Kisumu, governor Nyongo is defending his seat on ODM ticket against Jack Ranguma of MDG. Ruth Odinga of ODM is running against Valentine Otieno of MDG for the woman rep.

In Kisii, Arati (ODM) is facing Sam Ongeri of DAP-K and Chris Obure (Jubilee) in the governorship race.

While the Senate seat has attracted Richard Onyonka (ODM) and  Omingo Magara of Jubilee.

The same is happening in Nyamira where Timothy Bosire (ODM) is against Reuben Marwanga (Jubilee) for the governor's seat. 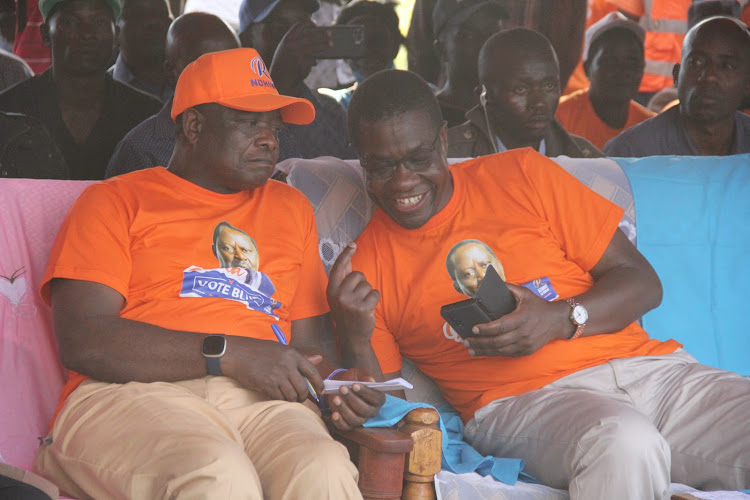