• Ezekiel Machogu of UDA has had his ratings soar rapidly in the recent weeks sparking the most intense and vicious scramble among the top county seat contestants.

• Arati is a man hunted from all fronts with his rivals Machogu, Chris Obure (Jubilee) and Sam Ongeri (DAP K) cordoning off his support bases. 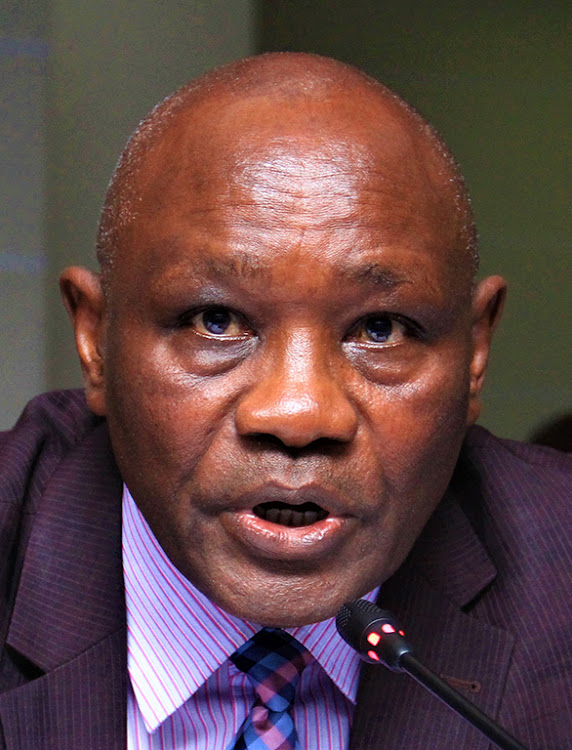 The search for Kisii governor is quickly rounding off to a two-horse race week to the polls.

The race has gotten tight and unpredictable sending Simba Arati (ODM), who initially appeared to head for a swift victory, back to the drawing board.

Ezekiel Machogu of UDA has had his ratings soar rapidly in recent weeks sparking the most intense and vicious scramble among the top county seat contestants.

Arati is campaigning on the mantra to weed out graft and streamline the delivery of services at the regional administrative unit.

Machogu promises radical development projects among them constructing cottage industries, markets and a health scheme fund for the elderly.

Today Arati is a man hunted from all fronts with his rivals Machogu, Chris Obure (Jubilee) and Sam Ongeri (DAP K) cordoning off his support bases.

The foray from Machogu is said to be especially more intense forcing Arati to the trenches.

"I am ready and am going to fry all of them in one pan," he warned during a recent rally in Kitutu Chache North.

The tide is especially swirling in his home region of Bobasi where Obure and Janet Ongera, a friend turned Arati foe, have pitched camp.

Ongera is defending the Woman Representative seat on an ODM ticket.

She fell out with Arati after the bid to do a clan balancing act within the party flopped.

The leaders are united in pushing the tide hard against the Dagoreti North MP, posing a fresh headache in the ODM camp.

Arati has since adopted Donya Toto of Wiper as the Woman Rep candidate in a marriage of convenience.

Obure, though generally trailing in ratings, analysts now say he is likely to slice a significant junk of votes off Arati in the home base.

On the other hand, Machogu is not resting easy either.

He is putting in the spirited campaigns to consolidate the gargantuan 170,000 plus Nyaribari vote.

Bobasi has less than 90,000 votes being scrambled for.

With the scramble, Arati now walks on shaky, slippery ground.

"The first admissible fact he needs to acknowledge is that the ground is slowly getting wet and very slippery for him. A month is too long in politics," Eric Onsongo a don at Kisii University says.

Arati, however, enjoys near-fanatical support, especially among the youth and some die-hard boda boda riders.

Machogu's popularity appears to be significantly rising especially among the majority elderly population in the villages who say they want 'maturity in county leadership' and not lads.

Ongeri, a Machogu home mate, has since slowed down his campaigns making few appearances in the public.

The absence has given the UDA candidate the much-needed ample time and space to consolidate the vast Nyaribari vote.

Machogu had been recently drawing enviably large crowds dwarfing those of his rivals in comparison.

In Nyaribari, it had been mammoths.

He held a crowd at his Gesusu home at a recent function where two women gave birth.

On Friday alone he and his team similarly faced a huge crowd at Bobaracho on the outskirts of Kisii town, where he appealed to the clan arithmetic.

Arati's popularity has lately been under check and stares at awkward options if he fails to match the arsenal his rivals are unleashing.

He still has some more skirmishes to fight.

Top among his foes is Governor James Ongwae who is accusing him of frustrating his bid though they are in the same party.

Arati's pain is further compounded by the fact that the father to running mate, Robert Monda, has since ditched him and is vigorously campaigning for Machogu.

A similar rebellion, though on a smaller scale, faces Obure after his sister disowned him for Arati.

On Friday night, candidates running for Ward representative seats under the Jubilee party further accused Obure of 'failing to accommodate them in his campaigns' adding a new twist to the political drama in the region's politics.

"He is a lone ranger and has left us on our own. We want to know the way forward from the party headquarters," Joash Orora who led the group said.

Obure and Ongeri take pride in the experience that comes with age to transform the county if they win.

Obure is currently engaged in vicious door-to-door campaigns, especially in the restive Bobasi.

He is said to be keen on endearing himself to the majority of elderly voters like Machogu.

He too appears to be winning souls from Arati.

Analysts say it is a tooth and nail fight for Arati to salvage his fortunes, which are quickly slipping away.

Onsogo says unless Arati remedies the situation, he may start off with a paltry 30 per cent of the Bobasi home vote and thus endanger his bid to be governor.

In comparison, Machogu is fast consolidating more than 70 per cent of the larger Nyaribari vote to his basket, a strategy that is appearing to be succeeding.

"The electorate in Nyaribari have already thrown Monda, Arati's running mate, under the bus with the long-term focus being on the governorship and they are keen to leverage that through Machogu," Onsongo says.

He said the failure by Monda to seduce his father to back Arati is a big minus in the ODM candidate's bid.

"In a fierce open political war like this, it definitely gives Monda's image a dent. This would definitely worry Arati," Osongo said.

He, however, says Arati planted his seed more on the elderly women in the villages, where his main rival hasn't reached yet.

"He started early with houses for the wretched in the villages. He actually appears as a saviour unto them but this shouldn't make him at ease yet. Memories fizzle out in the murky waters of politics," he said.

Machogu, on other hand, has been consistent, taking advantage of Arati's break to fight for the ODM ticket to endear himself to the electorate.

The elderly find him amiable with little trappings of 'security around him' as compared to Arati.

"He has quickly morphed from the government administrator he was, to an orator who is sweeping the masses. If there is a person to watch keenly it is him," Onsongo said.

The legislator is dangling a few carrots as he seeks to grow his popularity.

He is selling his running mate Migosi Ogamba to the Kitutu clan saying he will be their chief emissary in his administration.

To Bomachoge he is selling outgoing Kisii deputy governor Joash Maangi who is vying for senator.

Maangi comes on board with 90,000 plus votes to Machogu ballot.

To the Bonchari, Machogu is dangling the media-shy Teresa Bitutu, the widow to former MP Oroo Oyioka who now runs for the Woman Rep seat as he casts his net wider.

And it appears to be quickly winning, sparking a new reorganisation strategy in the Arati camp.

A meeting between teachers and Arati in Mogonga township, in Bomachoge on Wednesday, was one stark reminder that things could be going south.

It ended disastrously with most of them walking out over "lack of development agenda" being sold to them.

Outside, Arati is trying to shrug off outgoing governor Ongwae who he said wants him dead.

They have not seen eye to eye since Arati made open his gubernatorial bid.

Ongwae accuses Arati of being unlettered and thus lacking, the intellectual sinewy, required to manage a county.

Arati has since been cleared by the electoral agency with the IEBC saying his masters' certificate was credible.

The apex of the souring relationship between the two was when the MP forceful wrestled Martha Karua from Ongwae during a recent visit culminating in the detonation of a tear gas canister by a police officer at Gusii Stadium.

It ended in a billow of canister smoke.

Arati accuses Ongwae of graft and vows to uncover the rot in full when he secures victory.

Gisairo say the party will capture the seats of governor, woman representative, senator and MCAs.
Counties
6 months ago

Otundo, who is seeking the Kisii seat, says time of gagging women in politics is over.
Counties
7 months ago