Oraro says the house has passed crucial bills and motions that are significant for the county’s development plan.

• The assembly was always dogged with wrangles before speaker Elisha Oraro took charge of the house towards the end of 2019.

• Oraro said the assembly has constantly and consistently monitored the appropriate and prudent expenditure of and utilisation of public funds. 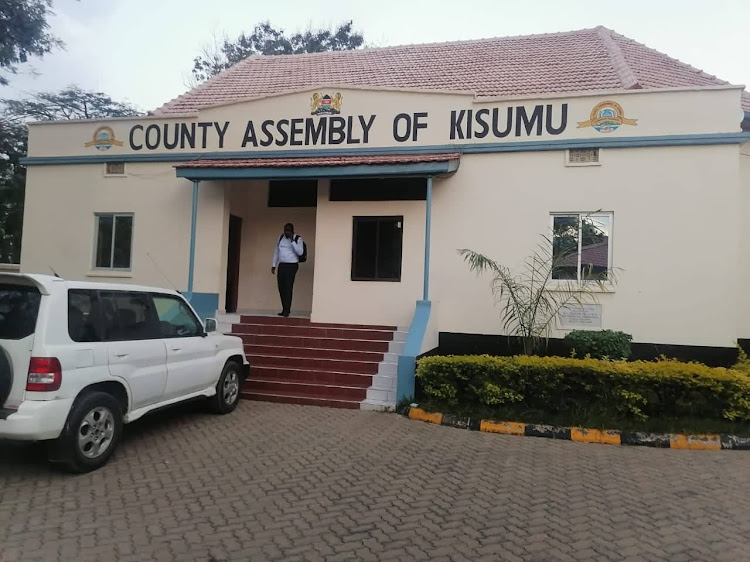 The Kisumu assembly rose from a house of chaos to pass more than 60 bills in the second session.

The assembly was always dogged with wrangles before speaker Elisha Oraro took charge towards the end of 2019.

Oraro said the current assembly has passed crucial bills and motions that are significant for the county’s development plan.

Another was the Kisumu County Health Facilities Improvement Fund Act, 2021, which established a fund to provide adequate and timely financing to hospitals, health centres and dispensaries to ensure residents access quality healthcare services.

"I can confidentially confirm that this house, despite the teething challenges during its initial years, has legislated on a number of laws and annual policies that have ensured continuous flow of and acquisition of resources necessary for development of various sectors of the county," the speaker said.

Oraro said the assembly has constantly and consistently monitored the appropriate and prudent expenditure of and utilisation of public funds.

He said as an assembly they are going home proud that they have created a foundation that will enable the third assembly and county executive to work as appropriate. The county assembly adjourned last week ahead of next month's polls.

On capital development, Oraro said the assembly successfully acquired land within the city for the construction of an ultramodern assembly and speaker’s official residence.

The processing of the title deeds for the two parcels is underway.

Oraro has challenged the third assembly to prioritise operationalisation of bills.

He said for them to be operationalised, there must be a regulation, and these regulations must be developed by the assembly in consultation with the executive so that they can be effective.

"Otherwise, having the bills without them being operationalised is nothing," he said.

Oraro took over the leadership of the assembly in an acting capacity in September 2019 while he was the Kisumu North ward representative.

In January 2020, he was voted in as substantive speaker.

He took over from former speaker Onyango Oloo, who was impeached by the MCAs.

During her vetting, she vowed to reform the department and said she was up to the task
News - Page 8
4 months ago
“WATCH: The latest videos from the Star”
by STAR CORRESPONDENT
Nyanza
05 July 2022 - 22:00