• The protesting politicians who spoke to journalists said Raila and ODM candidates sidelined them during the tour.

• During the campaigns, Raila paraded only ODM candidates as some were allowed to speak despite daises branded with Azimio colours. 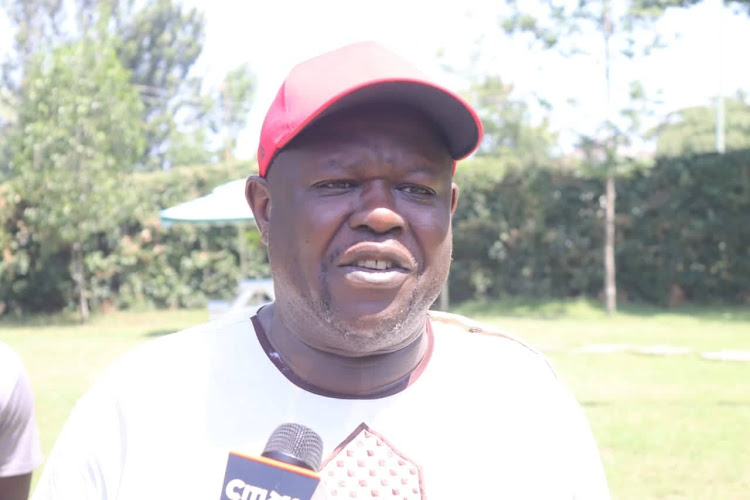 Some candidates in parties affiliated with Azimio-One Kenya in Homa Bay have protested the six-piece voting call by presidential candidate Raila Odinga.

The candidates drawn from Kanu, DAP-Kenya and UDM said they were not pleased by the calls Raila made in Homa Bay for residents to vote for only ODM candidates.

Last Sunday, Raila endorsed ODM party candidates during his campaign tour of the county. Homa Bay is perceived as a stronghold of the ODM party.

The protesting politicians who spoke to journalists said Raila and ODM candidates sidelined them during the tour.

They said they will come up with strategies to counter their ODM counterparts after what they termed discrimination.

"The complaints were done with Azimio leadership but only mistreatment has been received as a response. We're going to counter the six-piece calls by collaborating with independent colleagues," Ojanga said.

The Kanu candidate said their support for Raila to become president remains intact.

He accused ODM candidates of misleading Raila during the campaigns without considering the Azimio-One Kenya structural agreement.

During the campaigns, Raila paraded only ODM candidates as some were allowed to speak despite daises branded with Azimio colours.

"Azimio foundation is for national unity, stability and cohesion. Declaring that Nyanza is an ODM zone, yet there are candidates from other parties, is against the agreement and must be stopped," Ojanga said.

Speaking on Monday, Kachuodho argued that sidelining other candidates in Azimio-affiliated parties is likely to have a negative effect on the voter turnout.

He said the electorate should not be demoralised by having a solo agenda of six-piece voting patterns.

"Voters in Homa Bay will continue to have leaders who cannot deliver because they are being forced on one set of candidates. It happened in the last general election and its consequences are clear," Kachuodho said.

Kanu has more than 15 candidates vying for various seats in the county while DAP-K has five.

The candidates attended Raila's rally in Homa Bay town but they were not recognised.

"We're also not pleased with endorsements of ODM candidates. People should be allowed to elect their leaders without coercion," Ojanga said.

On Tuesday, governor candidate Evans Kidero urged residents to maintain peace and tolerance ahead of next month's election.

He urged his supporters to ensure they turn out on election day and vote for Raila and himself.

"We should refrain from any contest related to chaos to ensure we vote peacefully. There should be a high level of sobriety and tolerance towards each other," Kidero said.

Says charter will enable the institution to operate autonomously and expand its academic programmes.
Nyanza - Page 29
1 month ago

The Azimio team will begin the Mt Kenya vote hunt on Tuesday.
News
1 month ago

Take my bid seriously and vote for me, Raila tells Nyanza

He said some residents were still reluctant and doubting whether he would win.
News
1 month ago

The Azimio presidential candidate fears the approach could antagonise his vote in next month's polls.
News
1 month ago
“WATCH: The latest videos from the Star”
by STAR CORRESPONDENT
Nyanza
05 July 2022 - 22:00