Project expected to end perennial flooding that has caused loss of lives, property in the Kano plains for decades 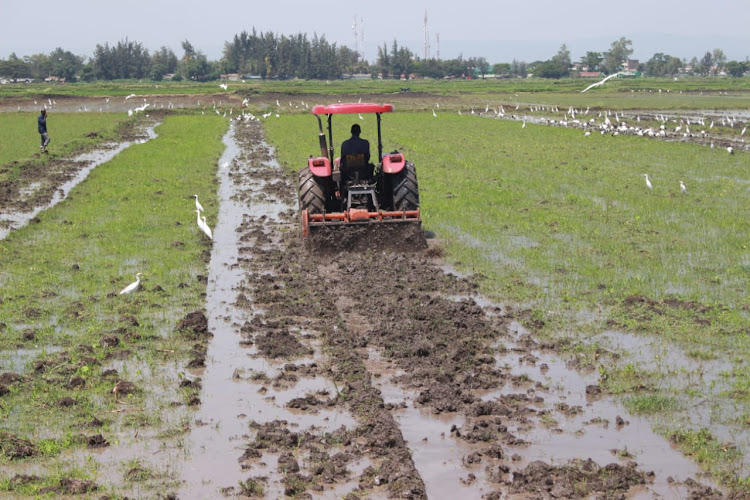 A man on a tractor prepares land at the Ahero Irrigation Scheme on Friday
Image: DICKENS WASONGA

After nearly 60 years of waiting, implementation of the Koru-Soin multipurpose dam has begun.

The Star has established that the contract for the Sh20 billion project was signed a week ago paving way for the government to finally deliver on the project.

The tender was awarded to two Chinese firms that are already on site.

The execution of the mega project will be overseen by the National Water Harvesting and Storage Authority.

This is good news for the 11,400 rice farmers in Ahero, West Kano, and South West Kano irrigation schemes.

The Koru-Soin project is expected to also end the perennial flooding that has caused the loss of lives, property and livestock in the Kano plains for decades.

The 93.7 million storage capacity dam will provide 72 million litres of water per day for domestic use, irrigate 2,570 hectares and generate 2.5 megawatts of hydropower.

Residents of Kericho and Kisumu counties will also receive portable water through the project.

"The project is expected to reduce sediment formation downstream, which is the main cause of flooding and regulate Nyando River flow, thus providing water for irrigation all year round," Obonyo said.

"The dam will also supply water for domestic use, hydroelectric power generation and opportunities for fishing and water-based tourism."

This is one of the Vision 2030 flagship projects whose execution marks a key mileage in President Uhuru Kenyatta’s legacy.

It will support existing irrigation schemes of Ahero and West Kano and enhance rice production and horticulture farming.

According to the National Irrigation Authority regional coordinator for Nyanza Joel Tanui, the government has embarked on aggressive expansion programmes in the region to boost rice production.

Ahero and West Kano irrigation schemes were the predominant schemes in the region since 1969.

According to the NIA officer, the initial acreage under irrigation in the two schemes stood at 5,898 between 1969 and 2014.

"NIA has in the past four years increased acreage to 10,300 acres. The total area of land under irrigation with crops is 16,198 acres," he said.

"50,900 metric tonnes of paddy rice will give farmers an income of Sh1.9 billion per cropping season up from the initial Sh600 million before expansion," he said.

According to the official, the direct beneficiaries from expansion programmes have moved from the initial 1400 farmers to 11,800.

He said more than 80,000 jobs have been created as a result of the expansion initiatives.

"For every one acre you open for cultivation, an average of six people are employed," he said.

The implementation of the dam project, according to the regional coordinator will further enhance the expansion of irrigation in the region.

"The project besides increasing acreage of land under irrigation will also help in controlling floods," Tanui said.

"It will also supply clean water for domestic use, improve productivity and production in the schemes through public-private partnerships."

Former Water and Irrigation Principal Secretary Joseph Irungu said the delays were due to an elaborate programme by the National Lands Commission to follow due process and ensure the success of the mega project.

With a Sh2 billion payout claim to resettle the affected people on both sides of the dam, the government hived out 206 parcels of land in Kisumu and another 110 in neighbouring Kericho. 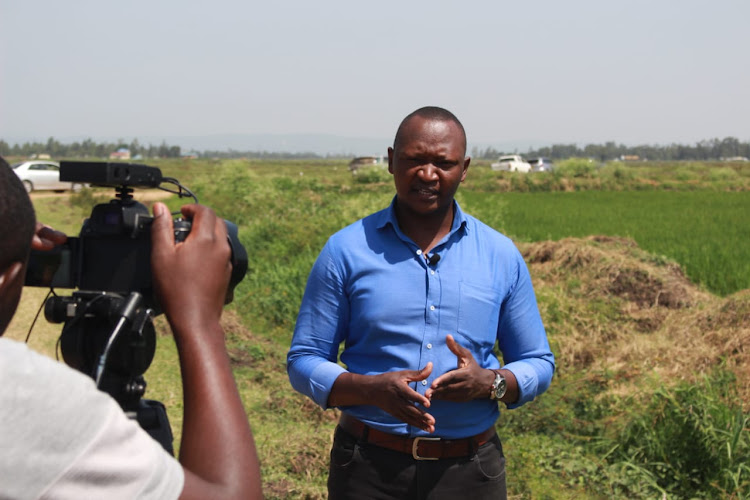 Koru-Soin Dam contractor to be identified this month— Raila

Construction failed to start in October 2020 due to a tussle between two Chinese firms.
Counties
1 year ago