"We have sibling rivalry but that is between Azimio. The only “political enemy” we have is UDA, which is our competitor."

•He noted that sibling rivalry is common in every family and such should be taken positively as a healthy competition.

•Arati, who is the Dagoretti North MP, said the focus should be given to Raila’s bid to ensure he wins the election with a landslide. 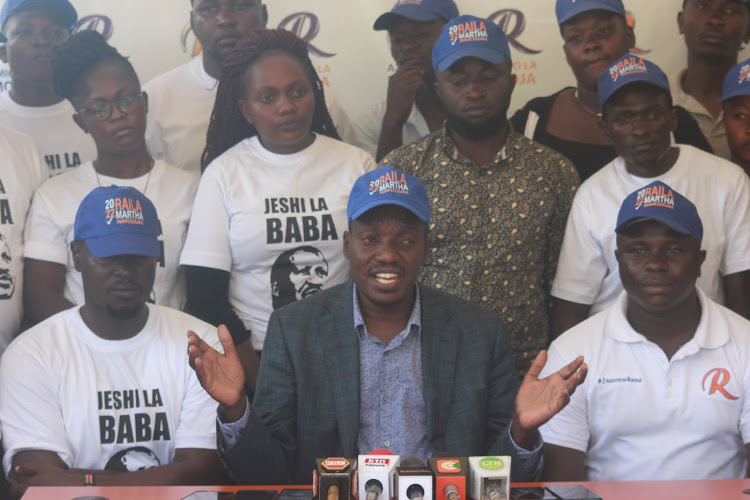 Kisii governor aspirant Simba Arati has said sibling rivalry in Azimio should not be allowed to spoil votes for the presidential candidate Raila Odinga.

He noted that sibling rivalry is common in every family and such should be taken positively as a healthy competition.

Arati, who is the Dagoretti North MP, said the focus should be given to Raila’s bid to ensure he wins the election with a landslide.

He spoke at the Azimio regional office in Kisumu before heading to Mama Grace Onyango Social Hall where he launched Jeshi La Baba, Nyanza presidential Azimio youth team on Saturday.

Arati said he has been mandated by his party leader to be the co-chair of the Azimio team in Nyanza and make sure they are voted not less than 95 percent.

“We have sibling rivalry but that is between Azimio. The only “political enemy” we have is UDA, which is our competitor,” he said.

He pointed out that he had managed to uproot the support of Deputy President William Ruto’s led UDA party in Kisii and was now burning the chuff.

“We will do the same in Migori and Nyamira counties where UDA has some roots. “We are not in church business but in politics and our business is to ensure Baba gets to the state house,” Arati said. 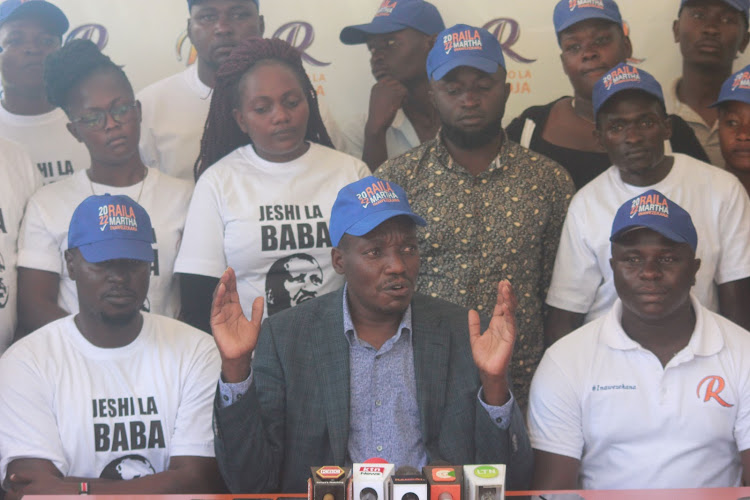 He assured Kenyans that the only person who can be the custodian of the current generation is Raila.

“There are individuals within ourselves who have done all sorts of dirty things around the country and now they are seeing the opportunity to have risen. They want to hang around Raila’s coat,” he said.

Arati added, “We want to tell them that he will not defend you in any way, not even in court. The only business we have is to make sure Baba gets over 95 percent of votes.”

He called on aspirants and youths to put their differences aside and embark on rallying voters behind Azimio's presidential candidate.

“For our brothers and sisters in Azimio, let us put aside our petty differences and focus on Raila’s presidential bid for us to clinch the seat,” Arati said.

The co-patron of the Nyanza presidential youth team said the whole world was watching Nyanza people on how they are going to vote.

He noted that there was a need to put in place a mechanism to ensure all voters including the sick ones and those in jail cast their votes at their various polling stations.

“We need to be politically mature. We must behave as a government now. You must walk around as government, behave properly you cannot be the ones to start chaos because we are the government.”

Arati told supporters of Azimio in the Nyanza region to show the rest of the country that we are ready to take power and serve every Kenyan better.

Pande said Raila commissioned the Nyanza presidential-Azimio youth on March 23 to embark on a rigorous campaign to bring the youth on board and support his presidential bid.

“We have established a grassroots team that will be in charge of mobilising young voters to rally behind Raila’s bid,” Pande said.

He said they target 60 percent strong amongst the youth for Raila to win the upcoming elections in the first round.

Abwajo said the Jeshi la Baba team will focus on voter mobilisation and sensitization of voters in the region to understand Azimio's manifesto.

“We want to make sure all potential voters cast their votes to ensure Raila clinches the presidency. We want to deliver 95 percent if not 100 percent voter turnout,” he said.