•Ochanda garnered 10,771 votes while Andiwo Mwai who was his main challenger got 4,967 votes in the just concluded ODM nomination exercise.

•But Andiwo contested the results in court accusing Ochanda of messing with the new digital voting kits that ODM used for the first time. 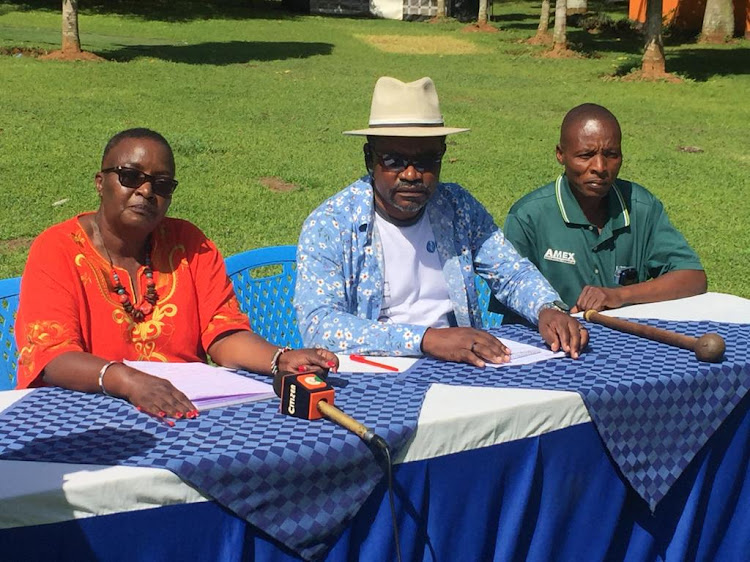 Bondo MP Gideon Ochanda has now been told to quit the constituency race and focus on other elective seats in accordance with the 2013 agreement.

In a press conference on Friday, a section of residents led by Rose Ngesa accused Ochanda of using unscrupulous means during the party nominations to bag the ODM ticket.

Bondo constituency is home to ODM leader Raila Odinga and winning the Orange party ticket is billed as a step closer to victory.

“In 2013 everyone including Ochanda agreed that he will be in office for 10 years and leave the seat to the people of Nyangoma for the sake of regional balance,” Ngesa said.

Ochanda garnered 10,771 votes while Andiwo Mwai who was his main challenger got 4,967 votes in the just concluded ODM nomination exercise.

But Andiwo contested the results in court accusing Ochanda of messing with the new digital voting kits that ODM used for the first time.

His petition was successful as the court ordered a fresh nomination in Bondo but the exercise has not been held to date leaving everyone in limbo.

It is not clear who will be given the ODM ticket in Bondo.

Ngesa said it’s from the 2013 agreement that saw the then seating MP Oburu Oginga, the elder brother to Raila, surrender the seat to Ochanda.

“Now Ochanda has exhausted the agreed two terms and he does not want to leave the seat for others,” Ngesa said.

Efforts to get a comment from Ochanda hit a snag as our phone went unanswered by the time of going to press.

Ngesa added that the MP has now qualified for pension and he should therefore hand over the leadership to Nyangoma people the same way Oburu handed power to the Usigu people where Ochanda comes from.

“We the Nyangoma people have settled on Andiwo Mwai and Ochanda should eye other seats like that of the governor, senator or wait for a national appointment,” she added.

She insisted that at the moment Ochanda cannot add any value to the people of Bondo since he is yet to deliver what he pledged.

Ngesa at the same time proposed to have a bill in parliament to introduce a term limit for members of parliament and other seats just like the governor position and the presidency.

Noah Albert who also hails from Bondo also claimed that his wish is to have Andiwo Mwai as the next Bondo MP.

“We have all the reasons that we don’t need any other person apart from Andiwo who has won the heart of the Bondo people,” Noah added.

Noah said the current MP is his cousin but he does not subscribe to his leadership style.

Tiny grass-thatched residential houses are common, especially in Ugenya and Alego Usonga subcounties
Counties
2 weeks ago
“WATCH: The latest videos from the Star”
Nyanza
13 May 2022 - 19:20