The park is expected to nurture, transfer and commercialise various innovations and technologies. 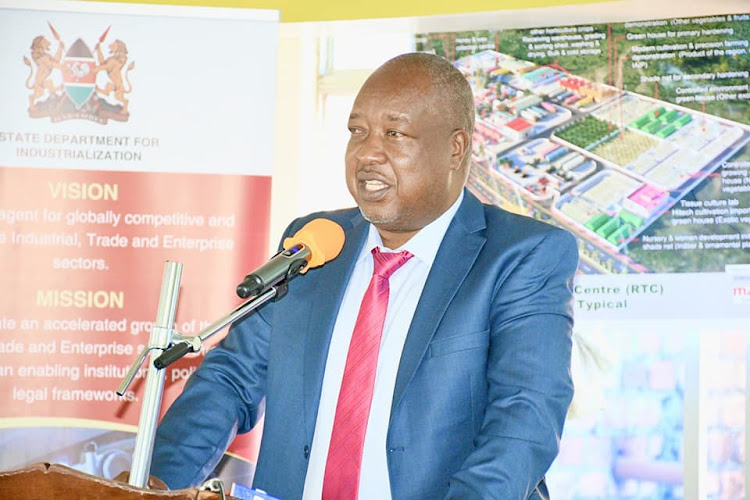 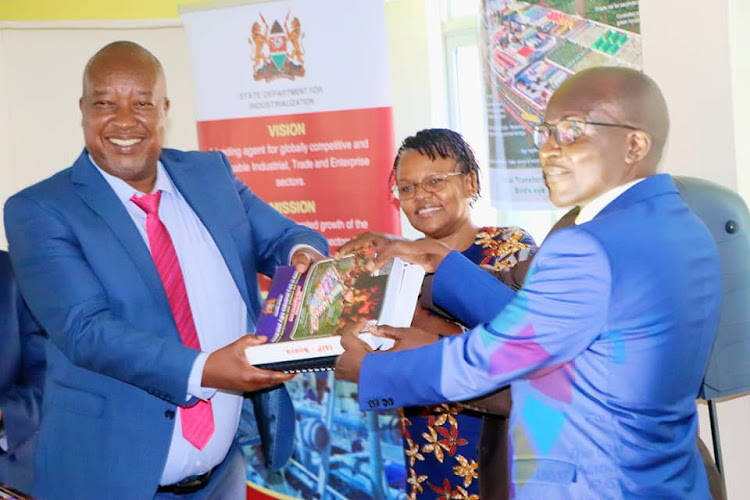 Nyamira Governor Amos Nyaribo receives an artist impression and validation documents of the multi-million agro-industrial park after the validation exercise in Nyamira town on Monday, May, 9 2022
Image: ALVIN RATEMO

Farmers in Nyamira and the larger Lake Region Economic Bloc are set to benefit from the construction of a multimillion-shilling agro-industrial park.

A feasibility study undertaken on the park has already been validated and development is expected to start soon.

Governor Amos Nyaribo on Monday led a team of experts from the United Nations Industrial Development Organisation (Unido) for the last site assessment and validation before the project can officially start.

The agro-industrial park is expected to nurture, transfer and commercialise various innovations and technologies for the benefit of the residents of Nyamira.

The residents have for a long time lagged behind in technology and innovations in their agricultural practices.

“We all must appreciate the fact that while agriculture constitutes the mainstay of our economy in the Lake Region Economic Bloc, the full potential has not been exploited," Nyaribo said.

He said this was "because commercialisation and practising agriculture as business is not near optimisation.”

The project will benefit at least nine counties from the region, with Nyaribo calling for support and cooperation from the lake region counties.

“This industrial park will seek to address the gap by availing aggregation opportunities, processing in form of value addition and consistent supply to markets around the world as well as development of global market standards which are often the missing links,” he said.

Unido acting director Kawira Buciana said the development of the industrial park will be of benefit both locally and globally and urged the residents of the bloc counties to welcome the idea.

“This park will be a game changer particularly for the farmers across the economic bloc, most of whom are smallholders whose livelihoods is bound to be transformed through increased income," Kawira said.

The value chains targeted include coffee, tea, dairy, fish farming and horticultural produce such as avocado and bananas which thrive well in the region.

Industrialisation PS Kirimi Kaberia, who was also present, said the park, when complete, will create more than 6,000 employment opportunities.

It will also transform agriculture, enhance trade, act as technology and innovation hub and bring about economic empowerment for the people of the blocc.

“While the park will be hosted in Nyamira county, all the nine counties will participate as aggregation centres hence making each of these counties active players and beneficiaries.

"As the first one in the country, this park is expected to be used as a pilot for replication elsewhere across our nation and it is therefore incumbent upon us to implement it the best way possible.”

Implementation of the 2022-2027 strategic plan will start after Governors are sworn in.
Counties
1 month ago

Victor Nyagaya takes over from Abala Wanga as the new chief executive officer.
Counties
3 months ago
“WATCH: The latest videos from the Star”
by ALVIN RATEMO Correspondent, Nyamira
Nyanza
10 May 2022 - 22:00