KISII UNIVERSITY TO BE REGIONAL HUB

The project is part of the Kenya UK Health Alliance (KUKHA) that was signed by Kenya and UK.

•CEHET will be a regional hub for healthcare research, innovation and training of advanced-level medical personnel for Kenya and Eastern Africa countries. 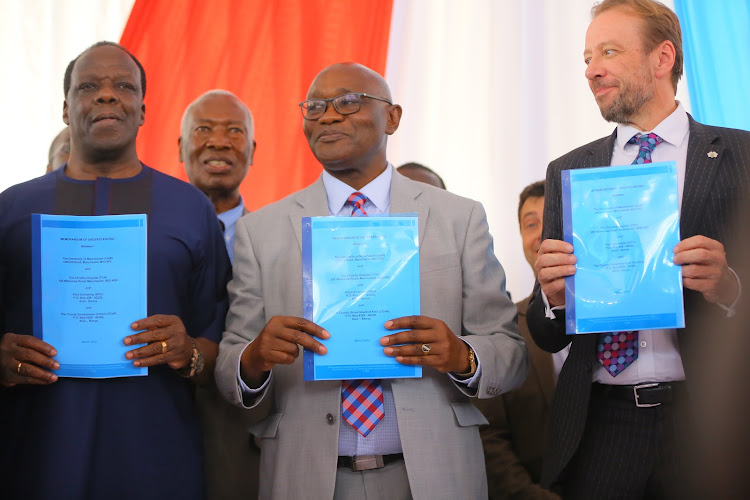 Kisii County, Kisii University, University of Manchester and Christie Hospital on Wednesday signed a Memorandum of Understanding to establish Centre of Excellence in Health Education and Training at four universities in the Lake Region.

The centre will be headquartered at Kisii University

The project is part of the Kenya UK Health Alliance (KUKHA) that was signed by Kenya and the UK on 29th July 2020 in London.

CEHET will be a regional hub for healthcare research, innovation and training of advanced-level medical personnel for Kenya and Eastern African countries.

With funding from the UK Export Finance (UKEF), an estimated Sh30billion will be invested in the project. 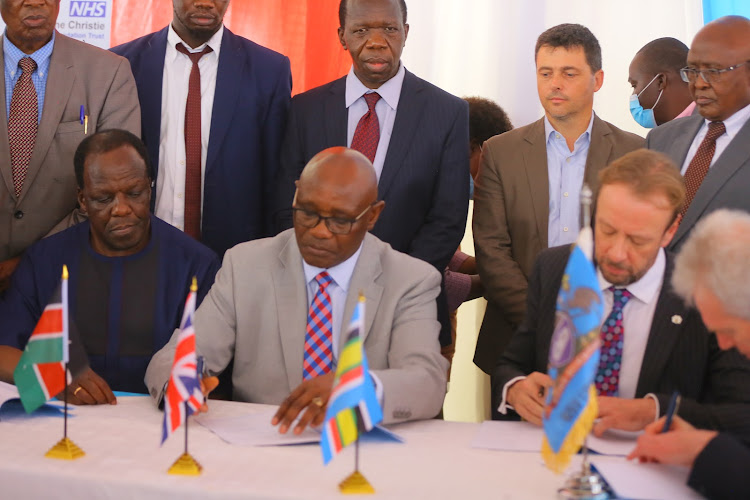 Kisii University has set aside 70 acres of land to house a hospital campus with a 1,000-bed capacity hospital, a comprehensive research centre, theatres, laboratories and schools of medicine, pharmacy, dentistry, biomedical sciences and nursing.

It will collaborate with the best hospitals and doctors in the world, exchange students and lecturers, research protocols between Kenya and UK.

Once the pilot has been successfully implemented, the programme will be rolled out to other counties to realise the Universal Health Care agenda.

Speaking before the signing of the MoU, Governor Ongwae said: “As a region, we have embraced this programme and commit to seeing its implementation because health is a basic service. I thank the National Government and the leadership of the Lake Region Economic Bloc for their support of this initiative. The project will be a game-changer in healthcare service delivery for our region.”

LREB chairman Wycliffe Oparanya said: “I must be grateful to Governor Kisii County because he is the only one who has allocated 45 per cent of his budget to health services in the entire country. Priorities vary from one county to another but healthcare is very critical. We are grateful as Lake Region that this will be an important programme that will alleviate the challenges we have had especially in cancer treatment.” 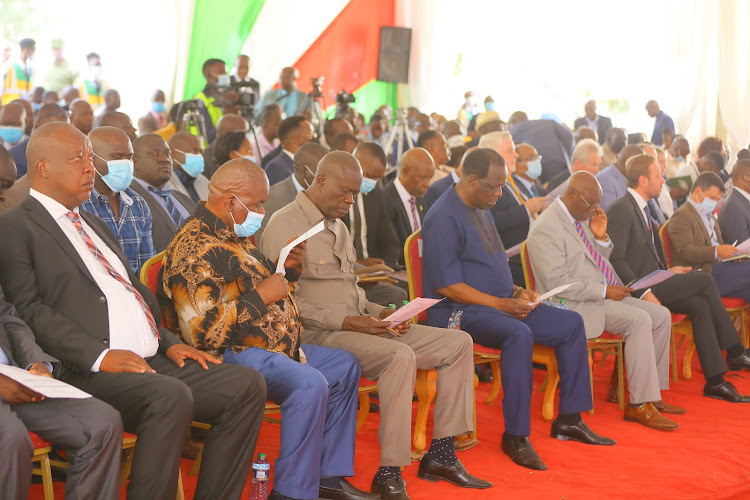 Vice President University of Manchester Professor Graham Lord said: “We shall work together to develop a resilient and flexible multi-professional health workforce with strong interprofessional working skills capable of dealing with the rising incidence of Non-Communicable Diseases. This will be a financially self-sufficient centre through recruitment of overseas students.”

Akama said they were glad to partner with the best universities in the world in the area of education and research.

He added that the project will help actualize the health pillar in Kenya Government’s Big Four Agenda.

“This is the beginning of a global partnership to a nexus of change for many people in the region and beyond. This project provides a window of vaccine production in the region.”

Health Principal Secretary Susan Mochache in a speech read on her behalf by Jared Nyakisa said:

“To achieve this big dream of Universal Health Coverage, we need to strengthen the healthcare workforce and how they are trained. This initiative will produce a workforce capable of dealing with the rising tide of non-communicable diseases.”

120,000 to get affordable healthcare as Migori rolls out UHC

24,000 individuals will benefit from the scheme this year while the rest will be added in other phases.
Nyanza - Page 29
8 months ago

Kenya on right path in cancer war, but more needs to be done - stakeholders