•She said she has been at the forefront in selling the party’s ideologies and agenda but unfortunately it settled on Machogu who has been seeking support from National Agenda Party.

•Otundo said she will not wait to be nominated after the general election. 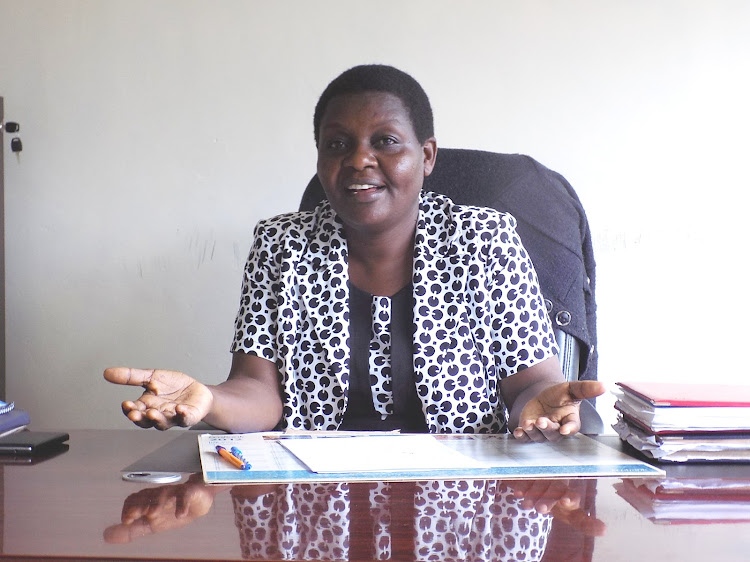 Otundo said she is scouting for a new party.

She said UDA pulled her down at the last minute in favour of Nyaribari Masaba MP Ezekiel Machogu, seeking to succeed Governor James Ongwae.

About two weeks ago, Deputy President William Ruto received Machogu at Taracha during his visit.

“It seems elected leaders are out to pull down strong women from big parties. However, I tell them backwards never, forward ever,” Otundo said.

She said she has been at the forefront in selling the party’s ideologies and agenda but unfortunately it settled on Machogu who has been seeking support from National Agenda Party.

“I assure the electorates I am determined to go to the end,” she said.

She said she will not wait to be nominated after the general election.

This, she said, will make the electorate lose trust in women who seek political office in future.

Women Rep Janet Ong’era who was also in the race to succeed Ongwae, withdrew from the race to defend her seat.

She called for support from well-wishers and those interested in uplifting women in politics saying, strong women have gone through the same and fallen prey thus dropping their interest.

Otundo, who is the Secretary of Kisii county Governance Watch, a non-governmental organization, called on NGOs to support women who are sacrificing through material support, paying their agents and conducting civic education.

“I am urging our voters to look at reality and vote for personalities and not parties. Parties have their owners,” she said.

The move has reduced the number of those seeking to succeed Governor James Ongwae to 10.
Counties
4 months ago

He says Kisii residents should be given leeway to pick their preferred leaders.
Counties
4 months ago

Says financial expert William Mbaka has had checkered careers in the private sector and government.
News
4 months ago

He described the Raila movement as a closed club whose interest is to serve select members.
Counties
4 months ago
“WATCH: The latest videos from the Star”
by BENSON NYAGESIBA Correspondent
Nyanza
23 February 2022 - 22:00