The siblings explained that a scar on their father's knee helped them identify him.

• DNA samples have also been collected to ascertain their claims. 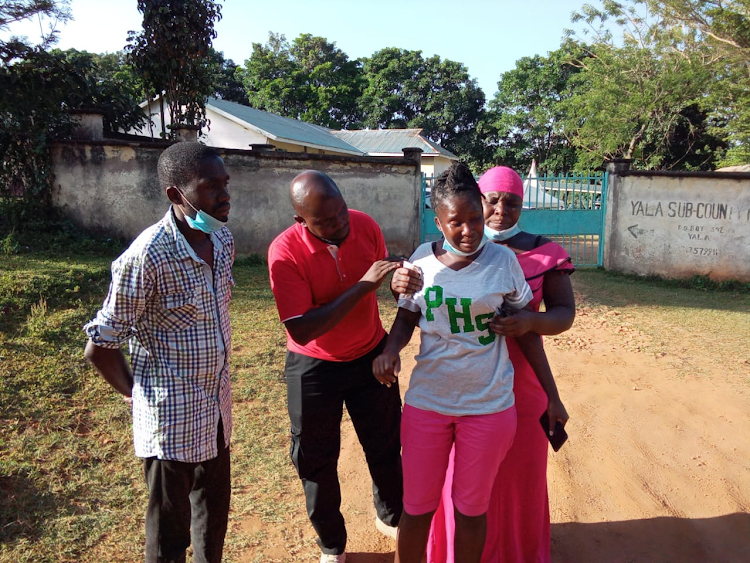 Another family from Busia county on Wednesday said they have identified their kin, who disappeared two years ago, at the Yala sub-county hospital mortuary.

Magdalene Okituyi and Maurice Atiyang said that their father, Donosio Oteba Okituyi, was abducted in Busia town on February 7, 2020, at around 3:30 pm. He was 54-years-old when he disappeared.

"A grey Subaru Forester stopped behind him and that is how we never saw him again until today," the grieving daughter recalled.

The siblings explained that a scar on their father's knee helped them identify him.

"My father looks exactly like me but it took me time to identify him from the pile of bodies in this morgue. That is when I requested that I be allowed to view his full body and I spotted the mark on his knee," Atiyang said.

They added that they found their father wrapped with ropes all over his body.

"It is evident that my father was tortured by his abductors. There are ropes all over his body. It pains that these people only thought of dumping my father in a river," Atiyang said.

Autopsy examinations on various bodies kicked off on Wednesday.

DNA samples have also been collected to ascertain their claims.

The deceased was a farmer who worked with One Acre Fund.

"We have searched for our father both in Kenya and Uganda. In most police stations that we have visited, the police mocked us," Atiyang added.

The number of families that have identified their loved ones now stands at 3.

Twenty-five bodies have been retrieved from River Yala.

The office of the Inspector General of Police recently said that the bodies from River Yala have been collected over a period of two years.

Attorney General's office is yet to publish regulations that gives the law powers.
News
3 months ago