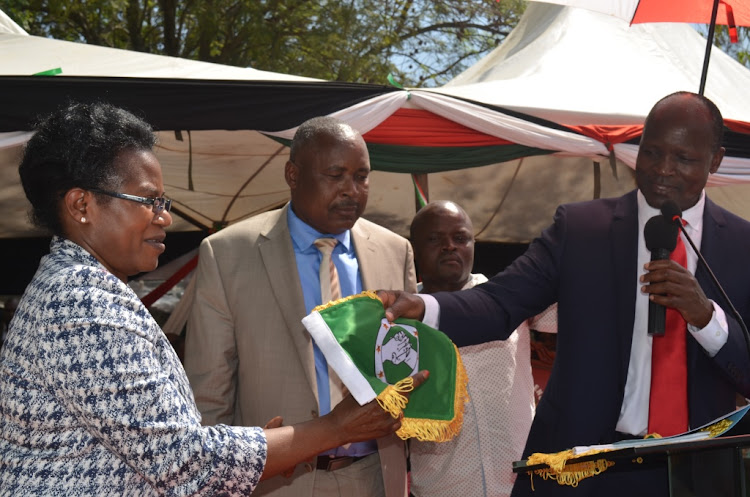 At least 19 civil servants have set their eyes on the general election and have already launched their campaigns.

The workers’ county union secretary Sylvance Araja said they are in receipt of a letter dated January 19 which  ordered all employees seeking political office to resign on or before February 9.

“Service delivery to residents have been hampered by employees who have been using their office to campaign and forcing their juniors to support them, we support the calls to resign,” Sylvance Araja, the county union secretary said.

He was speaking to the press in Migori town on January 23.

Section 43 of the Elections Act, 2011 calls on any “public officer who intends to contest an election to resign from public office at least six months earlier,”

Civil servants who have been active in social and political functions are former Rongo MP Dalmas Otieno who is seeking the governor seat and  NG-CDF board member Edick Anyanga who is yet to declare the seat he will be vying for.

Jared Kopiyo the current chairman Migori County Public Service Board and former Awendo MP has also declared interest to reclaim his seat in the next polls.

Several directors and chief officers in the county have also been active on campaign trails.

His statement is a sharp reversal after he hosted the DP last year in support of his presidential bid.
Counties
3 months ago

Civil servants to resign by February 9 if they wish to run for election.
Counties
4 months ago

Limiting ability to stand or campaign is to avoid conflicts of interest,
Siasa
4 months ago
by MANUEL ODENY
Nyanza
23 January 2022 - 22:00