Says he will not hound him over graft, will take care of him as a grandson would 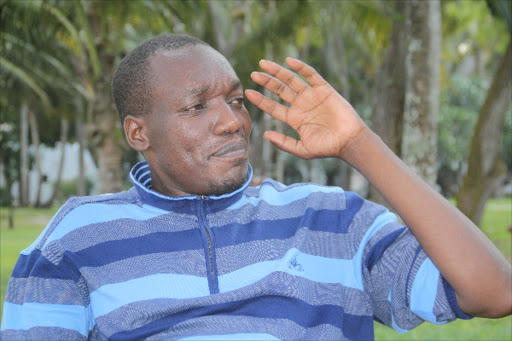 Kisii governor hopeful Simba Arati has offered amnesty to outgoing county boss James Ongwae saying he would not hound him over graft in his retirement.

He, however, said he would not leave those around him who had irregularly misappropriated public funds to go unpunished.

“Those ones would know no peace and must be held accountable for every political sin they committed while they were in office.

“We want every penny meant for mwananchi to be accounted for. Rest assured that we shall come for you,” Arati said.

The aspirant spoke on Sunday at Nyanguru in Nyaribari Chache during his campaign.

He said Ongwae at 77 was among the elderly political leaders in the region and he may not want him degraded through court cases.

“Let him just retire in peace and even as he checks out of office he should not get worried about his future. I would personally take good care of him as a grandson would his grandfather,” Arati said.

Kisii, he said, was ripe for youthful leadership and not octogenarians, some of who cannot chew maize.

"A similar letter goes out to Senator Sam Ongeri and Chris Obure who want to be governors at their advanced ages.

"I want to tell them to read the signs of time and begin packing as well. It is age that has folded up their political career, not us. They should accept that,” Arati said.

The MP further defended his academic records which he said have been trashed by paid social media activists.

He said he was no academic dwarf and that he was currently doing his Masters adding that his ‘papers are in order’.

"Many of those talking about my education are senior and elderly politicians. I was not in school with any them, so how can they claim to know my education standards.

"I was never in class with Ongeri or Ongwae and if they are the ones peddling such narratives then tell them I was in school with their children not them,” he said during the rally.

Arati was accompanied by his running mate Robert Monda and Kitutu Chache MP Richard who is vying for senator.

Arati will be fighting for the ODM ticket with Deputy Governor Joash Maangi and Senator Sam Ongeri.

Chris Obure who announced his bid last week said he would be vying for governor on a Jubilee ticket.

Others in the race are Ezekiel Machogu, Charles Matoke, Rachel Otundo, Manson Nyamweya and Omingo Magara.

Obure and Ongeri have scaled up meetings with various clan delegations as they step up their respective bids.

On Friday, Ongeri said he has drafted his manifesto of how he would transform the country into one dripping honey and milk once in office.

The veteran politician is said to be eyeing the ODM ticket.
Counties
3 weeks ago

The county chief says he has no preferred aspirant at the moment.
Counties
1 month ago
by MAGATI OBEBO Correspondent, Kisii
Nyanza
10 January 2022 - 22:00