•The backed up by intelligence move will help in proper planning and coordination of timely responses by the security agencies to avert chaos.

•The meaning of all these is to ensure we shall conduct peaceful election," Matiang'i said.. 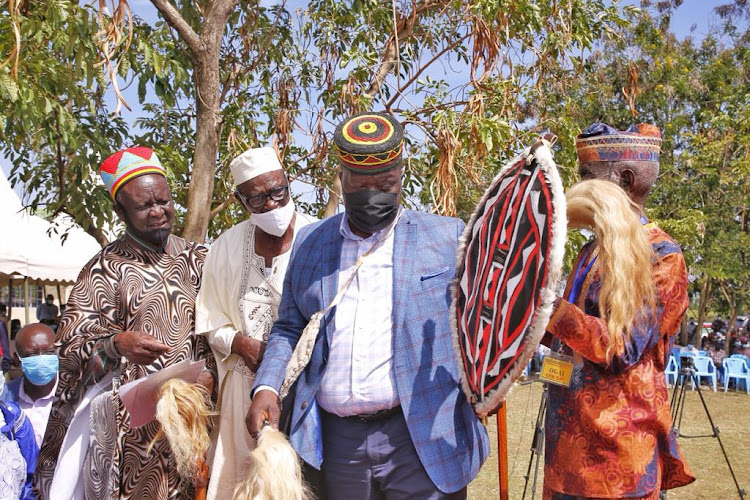 Interior CS Fred Matiang'i has said the  government has already identified possible violence flash points ahead of the polls next August.

The mapping help in proper planning and coordination of timely responses by the security agencies to avert chaos.

"We have so far put in place the needed  infrastructure in collecting real time intelligence which we shall be acting on," the CS said on Thursday. The meaning o is to ensure we conduct peaceful elections, " Matiang'i said.

He was talking to journalists at Karmel Park in Kisii shortly after holding a hour-long interview with journalists Last week.

I assure our people we will do anything at our disposal to ensure no troubling incidents occur during a walk down to the polls," he told Kenyans.

He said advance planning involves scaling back leaves and off days for security officers across the country. With the enhanced intel gathering, security agencies will know when the security in some situation is not good and take action,he said.

"We will know in good time and hold conversations and social-political contacts with of the political players or the citizens from the affected region," the Interior CS said.

He said keeping the country safe would require a multi-agency effort involving all state actors. He asked Treasury to make funds readily available for the function.

"It's important to be sure the National Treasury is aware if our needs and is preparing effectively to finance those requirements. On balance of probabilities, we are ready and prepared to support the conduct of the general election," the CS said.

During the interview with the vernacular media, Matiang'i spoke of the need  for the community to stay united and chart a common development and political course.

And during a dinner with reporters, the CS emphasised the need for proper and accurate reporting of events.

He said the media plays a critical role in disseminating information and thus factual reporting is essential as the country inches closer to a momentous poll.

The CS said it is often at times like these that groups of politicians use journalists to sow discord.

"Do not accept small tokens and rip apart the reputation you have built over the years. That would be truly be unfortunate," Matiang'i said.

Experts say investments in agriculture, manufacturing, and exports are key to navigating the crisis
News
6 months ago

Was Kisumu violence about cash for hired youths?