STATE OF THE COUNTY ADDRESS

Governor Nyong'o to enumerate his scorecard on Thursday

• Residents told the Star they expect the governor to talk about the  development projects he has initiated in agriculture and infrastructure.

• Businesswoman Mary Akoth said she is happy with the development projects undertaken so far by the governor. 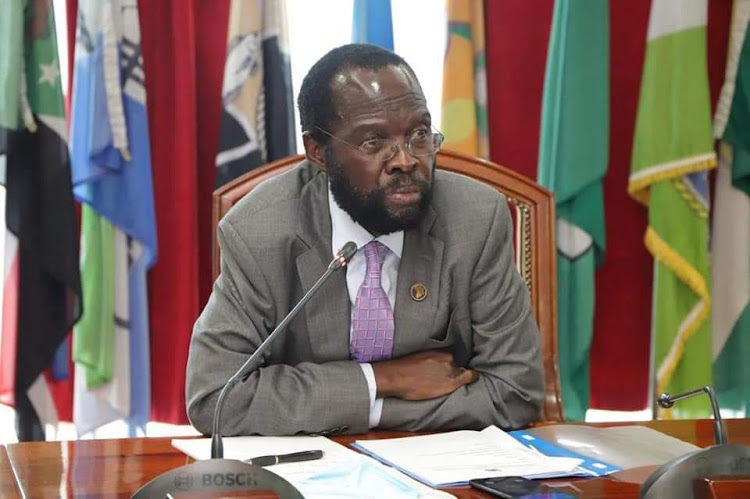 Kisumu residents want Governor Anyang' Nyong'o to tell them why he deserves another term during his state of the county address on Thursday.

The governor will deliver his fourth address at Tom Mboya Labour College.

Nyong’o will be enumerating his scorecard for the four years he has been in office and what he intends to achieve before the 2022 general election.

Residents told the Star they expect the governor to talk about the  development projects he has initiated in agriculture and infrastructure.

Kisumu Residents Association chairman Audi Ogada said they expect the governor to tell them what he has achieved based on his manifesto, which was a covenant between him and them.

Ogada said they also expect him to talk about Kachok dumpsite, where the mountain of garbage is still growing.

"I expect him to tell us why he should be given another term. I also expect him to publicly tell us about the challenges he has encountered," he said

Sugarcane farmers are waiting to hear what the governor will say concerning his promises to the sector.

Muhoroni resident Jack Oloo said Nyong'o promised light rail transport within the sugar belt but this has not been implemented.

"As sugarcane farmers in Muhoroni, we continue to suffer due to bad roads. We are struggling to take our cane to factories."

He had also pledged to build a modern sports complex in Kisumu, put up libraries and resource centres at the village levels and establish village councils in accordance with the County Government Act.

Others include building a modern sports complex, upgrading and modernisation of Ramogi Oginga Odinga Referral Hospital and completion of the Kisumu Urban projects.

Businesswoman Mary Akoth said she is happy with the development projects undertaken so far by the governor.

"Some of the things he promised to fulfil in his manifesto, such as the establishment of village councils, have been implemented," she said.