Ojienda wants to replace Senator Outa who is seeking to unseat Governor Nyong’o. 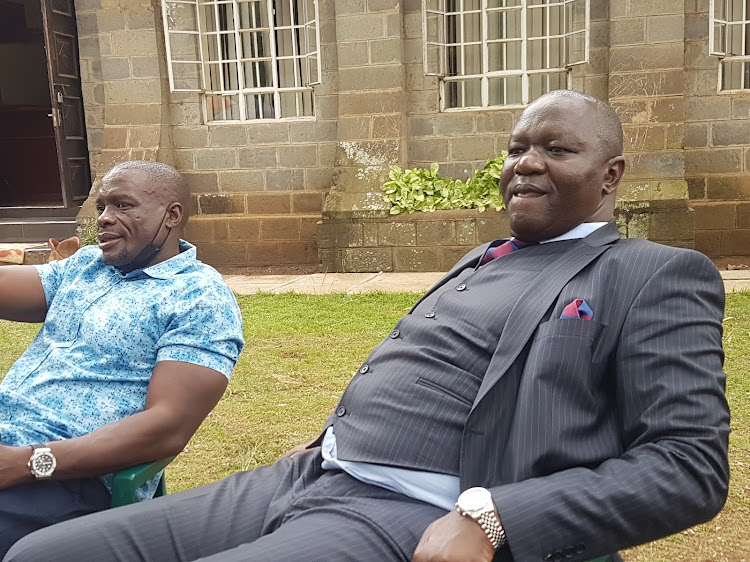 Kisumu Senate aspirant Tom Ojienda has been endorsed by the Council of Elders in Nyakach subcounty.

Ojienda wants to replace Senator Fred Outa, who is seeking to unseat Governor Anyang' Nyong’o in next year’s general election.

“Based on his experience as a veteran lawyer, he is the best to represent us in the Senate to articulate issues bedevilling the county,”  chairman (Ogai) Peter Ombe Chika said.

“I want to offer proper oversight with measurable intentions and achievements to ensure the county government prioritises specific things in its appropriation bill to ensure the economy of the county is revived,” Ojienda said.

Ojienda has traversed the county to popularise his bid, meeting opinion leaders, elders, youth and women's groups from the seven subcounties.

He has also participated in funds drives, empowerment programmes and sporting activities.

Last week, he took part in a funds drive where he donated Sh350,000 to Kibuye Power Unite Us Sacco. More than Sh1.5 million was raised.

Through his Prof Tom Ojienda Foundation, in partnership with the Women's Enterprise Fund, more than Sh2.3 million has been disbursed to women to start income-generating activities.

On August 23, he distributed uniforms to 24 football clubs in Kisumu Central, East and West subcounties.

“We have so many youths who are talented and the best way to support them is to nurture and empower them in order to be self-reliant. This will improve on their income,” he said.

More than 70 local football clubs have received sports kits from the foundation.

"We are soon starting the distribution of balls when we're done with uniform donations," Ojienda said.