•The campaign will run through January, which has been dubbed as Cervical Cancer Awareness month and is projected to reach more than 10 million people under LREB. 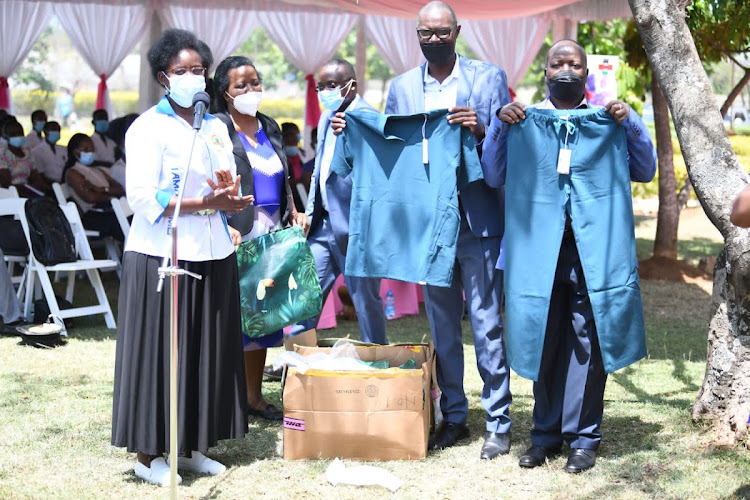 Kisumu government in partnership with the Africa Cancer Foundation and Matibabu Foundation has launched the Western Kenya Cervical cancer campaign.

The campaign launched on Wednesday will create awareness on cervical cancer and how to prevent the disease within the 14 counties in the Lake Region Economic Bloc.

Kisumu First Lady Dorothy Nyong’o said the campaign will provide opportunities for cancer survivors, leading cancer ambassadors and families of the victims to share on how best to handle patients.

The campaign will run through January, which has been dubbed as Cervical Cancer Awareness month and is projected to reach more than 10 million people under LREB.

More than 25,000 pairs of medical scrubs were donated by Matibabu Foundation to health workers across the county and donations will continue.

“The ambassadors will hold conversations with patients, friends, and families about cervical cancer,” Dorothy said.

She called upon the public to come out in large numbers for the free cancer screening and vaccination exercise.

Nyong’o said cervical cancer is the second most common cancer in women in Kenya after breast cancer.

He called for intensified fight against cervical cancer that has killed thousands of women and impoverished families.

“We are here to re-look at our strategies in fighting this killer and create more awareness amongst our people in the 14 counties,” Nyong’o said.

He said a status report by the global cancer observatory through the International Agency for Research on Cancer shows there were 5,236 (19.7 percent) new cases of cervical cancer in Kenya last year

This reflected 19.7 percent of all new cancer cases affecting women of all ages and ranking second after breast cancer with 6,799 (25.6 percent) of new cases.

Nyong’o said 3,211 women died of the disease during the same year. This was the highest number of cancer related deaths during the year under review, followed by breast cancer that recorded 3,107 deaths. 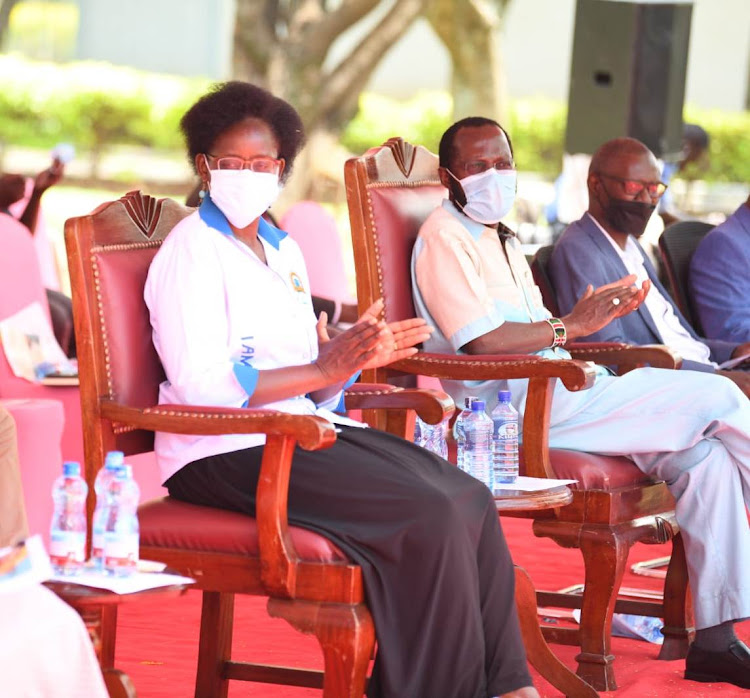