The two petitioners argue that Yala Swamp is yet to be registered as community land.

•The decision punctured the commission's intention, which was made public on October 14 through a newspaper notice.

•The judge ordered the matter be mentioned on November 25 to confirm compliance. 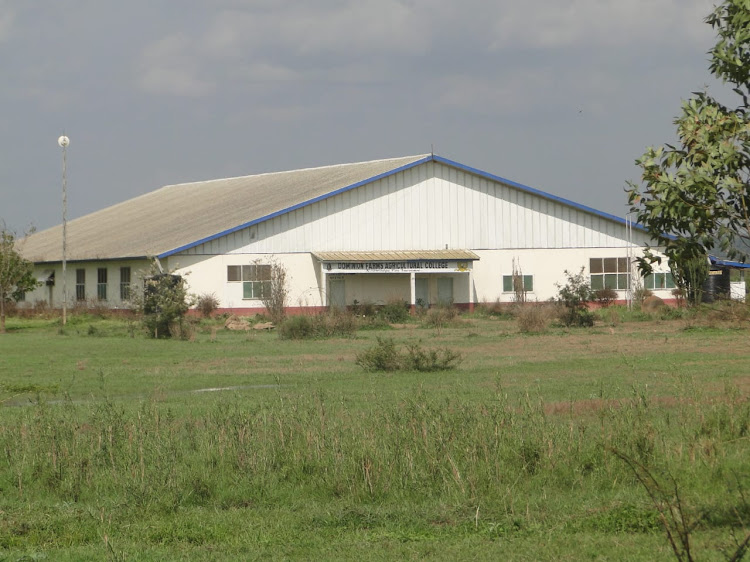 The High Court in Siaya has suspended the intended allocation of Yala Swamp land by the National Land Commission to Lake Agro Limited.

Environment and Land Court judge Anne Koross, while issuing conservatory orders, directed the NLC to suspend the process until the matter is heard and determined.

The decision punctured the commission's intention, which was made public on October 14 through a newspaper notice.

To expedite the matter, Justice Koross directed that the case be heard concurrently. She further directed the county government of Siaya to file written submission on the suit within five days following the court's decision and serve all parties.

"The petitioner and other respondents to put responses on the submissions within five days of service by the county government," she directed.

The judge ordered the matter be mentioned on November 25 to confirm compliance.

"The mention notice to be served by the petitioner to all parties and an affidavit of service filed," she stated.

Kennedy Omondi Ochieng and Charles Odhiambo Oliech moved to court on October 24 to stop the commission from allocating part of Yala Swamp land to the investor.

The petition filed under a certificate of urgency by lawyer Dismas Wambola, lists the NLC, Siaya county government, Lands CS and Lake Agro Limited as respondents.

The duo, who reside within the catchment of over 17,000 hectares (42,007 acres) Yala Swamp land, want the court to find that the intention of the land commission and the Siaya government is unconstitutional and illegal.

They want the court to stop the process until the case is heard and determined.

The petitioners say in their sworn affidavit that the allocation of Yala swamp land can only happen after the Siaya government has established a plan that will guide registration and management of the land.

They want the county government to first carry out a survey of the entire swamp land for a clear demarcation, as was recommended by the county assembly in 2019 and by a task force formed by Governor Cornel Rasanga in 2014.

In the petition, the two argue that Yala Swamp is yet to be registered as community land.

“The land under Yala Swamp is yet to be registered as community land so that community around the area are allocated their share,” part of the petition reads.

The residents argue that the allocation of the land to Lake Agro Limited will infringe on their rights to property.

They say in the documents filed in court that they were not consulted and there was no public participation as required by law.

A joint committee of the county assembly of Siaya in 2019 adopted a motion that sought to pass on the lease agreement between Dominion Farms Limited and the former Bondo and Siaya county councils to Lake Agro to utilise the swamp area for use in the remaining lease period. The land was allocated to the American investor in 2004.

However, the assembly gave conditions, among them, re-surveying of the land to determine its exact size.

The survey, to be carried out by the Siaya government and NLC, was to help demarcate it in readiness for its registration as community land.

During registration, communities living in the area were to be given first priority.

If any investor is to be given any portion of the swamp, the process is to go through consultation with the community and be approved by the assembly.

In their petition, the two petitioners say none of the recommendations have been undertaken.

They say Yala Swamp is not public land but community land and even if it were registered as public land, the NLC or the county government, can not be allowed to give it to a developer for private investment.

Two weeks ago, Bondo MP Gideon Ochanda sought a statement from the departmental committee on lands regarding the allocation of land to Lake Agro.

He said the move by NLC is unacceptable as it did not factor in the interests of the local community.

“The communities are not against land allocation to any entity, but first consideration must be given to community interests,” Ochanda said.

The natives of Alego, Usonga and Yimbo communities settled and utilised the swampland up to 1960s when they were asked to move to pave way for artificial river routes for purposes of flood control and reclamation.

The community did not resettle on their lands at the completion of the river project and instead agreed to use the land for cultivation and livestock reserves.

In 2005, the former Siaya County Council leased out the land to Dominion Farms for up to 2019 when the American firm closed shop.

Ochanda now wants NLC to explain on what basis it was allocating the entire swampland to a private developer and for how long.

“Could the chairperson explain under what arrangements the M/s Lake Agro Limited has been operating in the area for the last four years, yet they are to be allocated land?” he said.

Ochanda also wants cancellation of the notice by the NLC communicating intention to allocate the contested land.

The commission on October 14, in an advert, gave notice for the impending allocation of part of the land to the private firm.

According to the notice, anyone opposed to the proposed allocation was asked to raise concerns with NLC and Siaya government within 15 days.

“Could the chairperson facilitate halting of the notice by the National Land Commission until all the necessary details are addressed and the communities are involved as provided for in the Constitution in regard to public participation?” Ochanda said.

The expansive farm is not new to controversy, as residents had petitioned the NLC to right a historical injustice in which they claimed their farms were taken without their consent.

In a gazette notice, the commission approved their complaints and called for a survey of the land.

“The claim is allowed. The Ministry of Lands and the county government of Siaya should re-survey the swamp to determine the acreage under Dominion Farms.

The commission further recommends that if there is excess land, it should be restored to the affected communities,” NLC said in a statement.

Post a comment
WATCH: The latest videos from the Star
by DICKENS WASONGA
Nyanza
14 November 2021 - 23:00
Read The E-Paper