Serve us justice, probation officer attacked in line of duty appeals to state

• Despite  Work Injury Benefits Act compelling the employer to pay compensation when employees are attacked in the line of duty, they still waiting for pay since 2019 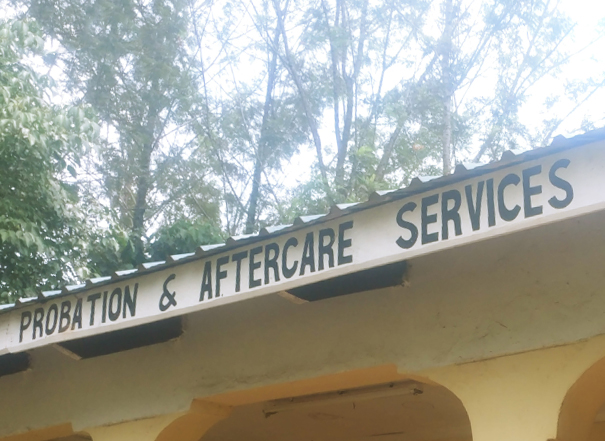 Probation officer Elijah Omanga prides himself in the work he does to ensure justice is served to all within his jurisdiction.

In his career, Omanga's determination and empathy have been the most important virtues.

However, being attacked in the line of duty by the same people he has fought to protect two years ago came as a big shock to him.

Probation officers work with and monitor offenders to prevent them from committing new crimes.

They carry through with anything the court assigns to lawbreakers, the most common being to supervise them and to investigate the offender's history (personal and criminal) prior to sentencing.

Their major interest is in helping members of the community, who have previously had trouble with the law, become productive and good citizens once again.

Like any other day in his field of work, with his three colleagues, they had scheduled to visit a family whose son had been murdered a week earlier to inquire on whether the alleged killer should be granted bond in the then-ongoing murder case.

“Upon arrival at the home, we were welcomed and given the opportunity to ask questions and find the information we needed," Omanga said.

Sitting in a small, crowded room within the homestead, Omanga said he sensed something was wrong but ignored it.

"I started noticing a change in behaviour among the family members of the bereaved present in the room. Whispers, hushed conversations, certain facial expressions as if giving out a warning not to say more than was required."

"We began feeling unable to settle down. Their hostility continued growing each second. I ignored all this assuming it was just their grief. I knew we were safe since we meant no harm and hoping the family understood that," he narrated.

Omanga says that at the time of visit, John (not his real name) — the man of the house and father to the deceased — was not present. He had gone to visit the area Directorate of Criminal Investigation officer to inquire more about the murder.

According to Omanga, things changed when one of the family members called John to inform him of the officers’ visit. Having never interacted or known what probation officers are, John sought to know who the officers were from the DCI.

The DCI told him they hadn't sent anybody to interrogate the family.

Miscommunication can have dire consequences and that is what exactly happened to the officers. One minute they were well-meaning government officers and the next were seen as imposters.

“We were beaten to a pulp by a mob assembled and incited by John. We spent a whole hour on the receiving end of fists, kicks and canes. Some of my colleagues were unconscious, bleeding on the floor of the room," he recounted.

"The mob was thirsty for our blood. They were determined to kill us,"  Omanga narrated amid tears, while showing the physical bruises inflicted on him.

Omanga believes that were it not for the men in uniform, they would have been burnt to a crisp by the mob that believed the officers were among the perpetrators of the murder of one of their own.

Work Injury Benefits Act compels the employer to pay compensation to an employee injured while at work. Since 2019, Omanga and his colleagues are yet to get justice.

He says one of the officers resigned due to the injuries and fear inflicted on her.

“She was rendered physically disabled and had to resign,” he said.

Omanga laments that there has been no substantive communication on their compensation and any time he makes a follow-up, it turns out to be a cat and mouse game.

Of immeasurable concern is the fact that many employees suffer the same predicament but lack a shoulder to lean on as they pursue justice.

As we parted, Omanga appealed to the national government to ensure they are compensated as per WIBA.

Mboya shot Osewe following a fight over a woman in 2016.
News
2 weeks ago

Mboya and Osewe were long-time friends who fell out over a love triangle
News
2 weeks ago
by KNA by Misheba Alfred and Lauryn Nailantei
Nyanza
12 October 2021 - 23:00