Kisumu politicians urged to mobilise youths to list as voters

• On Friday, Raila decried the low number of Nyanza residents turning up to register as voters.

• Oron said elected and aspiring leaders must mobilise resources, including funds, to ensure Raila succeeds in his presidential bid. 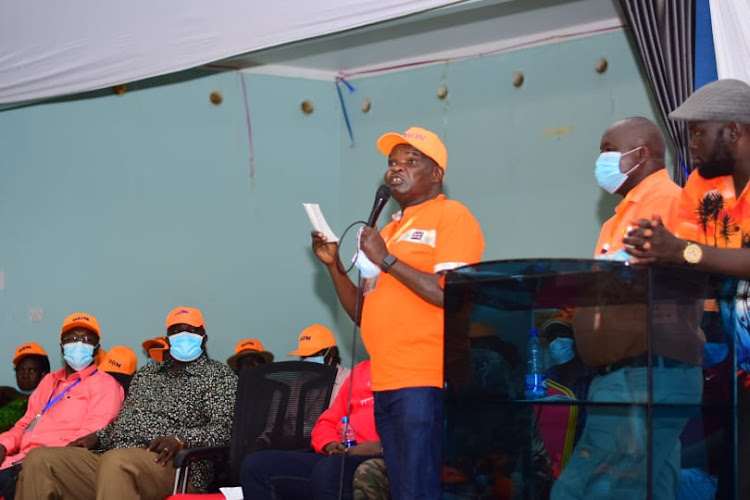 Politicians in Kisumu county have been told to invest time and money in voter registration mobilisation if they want ODM leader Raila Odinga to clinch the presidency.

Kisumu Central parliamentary hopeful Joshua Oron and Kisumu Senate aspirant Tom Ojienda said Raila’s march to the State House outweighs the ambitions of any other aspirant in the region.

Oron said elected and aspiring leaders must mobilise resources, including funds, to ensure Raila succeeds in his presidential bid.

He said he will mobilise businessmen and other stakeholders to raise funds to transport potential voters to acquire national identification cards and get registered as voters.

“We are ready and willing to engage chiefs and assistants so that they can go to schools and identify youths who have attained the age of 18 to help them acquire IDs and get registered,” Dr Oron said.

He pledged to use his money and vehicles to rally the youth and elderly persons to get registered.

Oron also asked government institutions, such as schools, to ensure students aged 18 years and above are not locked out of voter registration.

He lamented that the voter listing exercise was still very low and discouraging.

The businessman-cum-politician said in Kisumu Central, the target is to register over 170,000 voters.

In 2017, Kisumu Central had 120,023 registered voters who participated in the general election.

According to the IEBC, Kisumu county has 539,210 registered voters and 1,027 polling stations in seven constituencies. They include Kisumu Central, Seme, Muhoroni, Nyakach, Nyando, Kisumu West and Kisumu East.

Ojienda said the region will have more votes if only those who have attained 18 years and above acquire IDs and register as voters.

“We have the capacity to register an additional 500,000 voters if we take a personal and collaborative initiative to mobilise residents to register,” he said.

“We need to conduct door-to-door voter mobilisation in the region. Having more votes in our backyard will place Raila in a better position to win the presidency.”

Owili called on supporters of ODM and Raila who have not been registered to ensure they get listed. “Let us take advantage of the ongoing one-month mass voter registration exercise and not wait for last-minute rush,” he added.

On Friday, Raila decried the low number of Nyanza residents turning up to register as voters.

He said he was not impressed by the behaviour of his supporters, who appeared to be dragging their feet during the mass voter listing.

Most centres in the region have registered low numbers, with the IEBC clerks remaining idle for the better part of the day.

Raila asked elected leaders and party officials to go back to their electoral areas and mobilise people to register.

“I want all young people from this region who have attained the age of 18 years to register as voters,” he said.

He said he was going for a political contest and the only arsenal he needs to beat his opponents is the voter’s card.

“I had promised to declare my candidature by the end of this month. However, this will be determined by the way you register as voters. If the listing is good in my backyard, then I will be motivated to enter the race," he said. 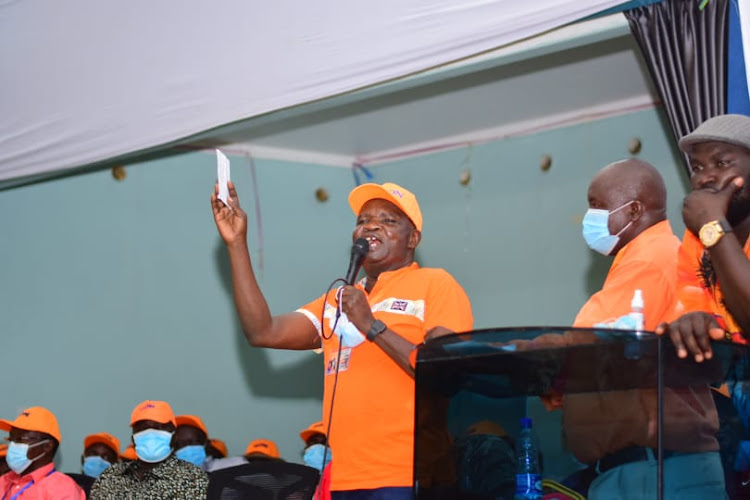