'CAN'T BE WISHED AWAY'

• Nyong’o said the country does not have enough professionals to adequately deal with the problem, despite the growing number of people suffering from mental illness.

• The governor said mental health can no longer be swept under the carpet, but must be given the due attention it deserves. 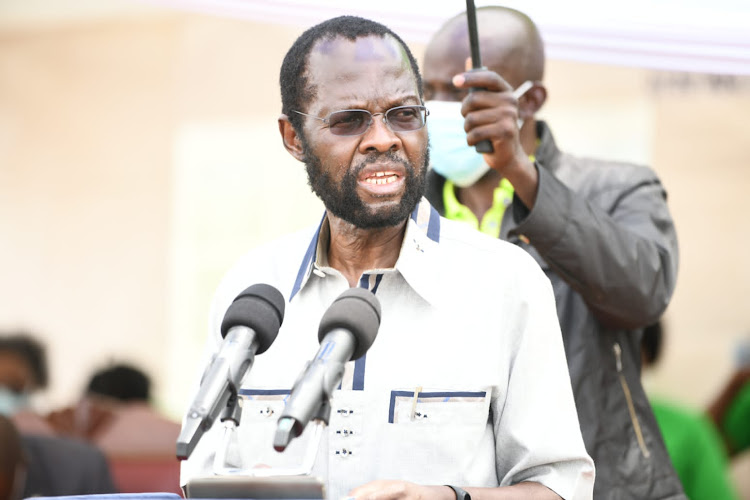 The country does not have enough professionals to adequately deal with mental health issues, Kisumu Governor Anyang' Nyong’o has said.

He said this is despite the growing number of people suffering from mental illness.

“It is estimated that Kenya has only 500 mental health specialists serving the country’s population of over 50 million,” the governor said.

The governor commended the World Health Organization for working with the government to address the mental health crisis.

Nyong’o said it is the WHO that came up with a recommendation for the integration of mental healthcare into primary healthcare services to improve access, especially in low and middle-income countries.

The governor said mental health can no longer be swept under the carpet, but must be given the due attention it deserves.

“A lot of research has been done on mental health issues and what remains is how to impel them, it cannot be wished away but must be handled just like any other ailments, “he said.

The governor pointed out that people have suffered psychological distress due to the physical effect of the pandemic.

Nyong’o commended health partners who have been at the forefront of tackling problems associated with mental illnesses.

“Partners such as Tinada, Kefeado, CRS and later Ampath Plus joined hands to support community based psychosocial initiatives. We still need to do more since not everyone was reached with these noble interventions,” he said.

Nyong’o said Covid-19 has worsened the fight against mental illnesses, with more people falling into depression and mental illness because of destroyed livelihoods.

He commended Nyong’o’s administration for the efforts it has put in place towards handling mental health.

She said people with mental challenges continue to be stigmatised every other day.

Buyu said cases of mental health issues are on the rise in Kisumu county due to drug and substance abuse and the effects of Covid-19.

“Many people have lost their jobs while the salaries of others have been reduced, hence leading to limited incomes,” she said.

Seme MP James Nyikal said mental health should be treated just like any other disease.