• Odak, who served as a soldier in Tanzania, has had a protracted controversy over ownership of a piece of land with his mother, who is 91 years old. 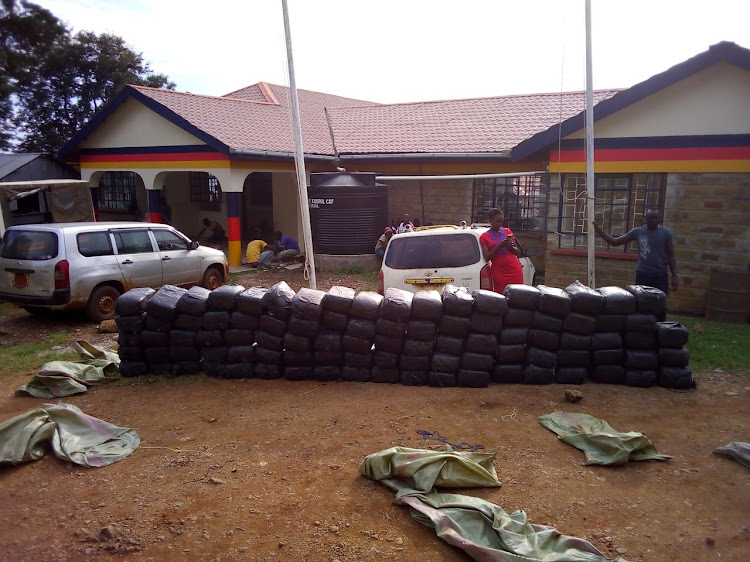 The Oyugis police station where the matter has been reported.
Image: ROBERT OMOLLO

Police are looking for a retired army officer accused of killing his mother over a land dispute.

Odak, who served as a soldier in Tanzania, has had a protracted controversy over ownership of a piece of land with his mother, who was 91 years old.

The suspect is said to have had wrangles with the mother whenever he came home.  He had built a house at his parents’ home.

Due to their disagreement with his family, Odak is reported to have left their home last year and went to an unknown place.

He returned home on Friday, when he engaged his mother in a quarrel over the land.

The argument went on for some minutes before the ex-soldier allegedly drew a knife and stabbed his mother in the chest and head. She succumbed to the injuries.

Rachuonyo South police commander Lilies Wachira said the granny died a few minutes later as she was being rushed to to Rachuonyo South Level 4 Hospital.

Wachira said the suspect fled after committing the act.

“We are looking for him. We are told he used to live in Tanzania, where he was serving as a military officer and retired later,” Wachira said.

She said investigations are underway to ensure the suspect is brought to book.

“The matter is being handled by the Directorate of Criminal Investigations. We hope the affected person will get justice,” Wachira said.

Residents were urged to use dialogue or legal action in solving family disputes.

“Disputes are normal in society but people should seek dispute resolution mechanisms without resorting to violence,” she added.

The was moved to Rachuonyo South Subcounty Hospital mortuary for postmortem examination.

A resident who sought anonymity said the ex-soldier resorted to killing his mother after being denied a piece of land even when he was capable of buying his own.

“A 91-year-old mother is someone who has no energy to use the land. It’s not good for a man to kill their mother over land when they have ability to buy their own,” the resident said.