He says the next general election will be about development record, not smear campaigns and witch-hunt.

• Among those who have declared interest in the seat include Booker Ngesa, Dr George Jalango, the brother of former area MP Jakoyo Midiwo. 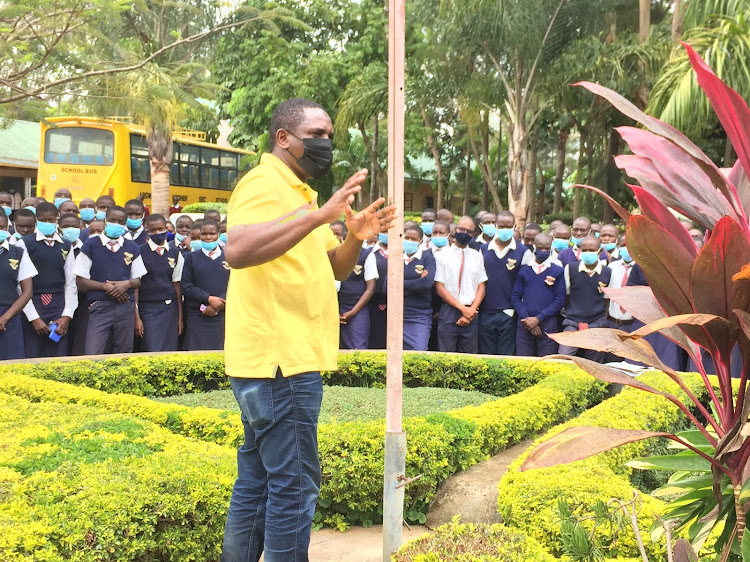 Gem MP Elisha Odhiambo has asked residents to beware of those salivating for his seat when he has only served for four years.

He said the next general election will be about development track record, not smear campaigns and witch-hunt.

“I’m welcoming those who wish to contest for the Gem MP seat. They must be prepared to demonstrate good leadership and above all be development-oriented, failing which they should not waste their time for the seat as it’s not vacant,” Odhiambo said.

The MP has promised to teach all the aspirants angling for his seat a lesson by flooring them in next year’s general election.

Among those who have declared interest in the seat is Booker Ngesa and Dr George Jalango. Jalang’o is the brother of former area MP Jakoyo Midiwo.

Odhimbo also lashed out at some people he said were friends of Midiwo, saying they were opportunists and selfish.

He wondered how the so-called friends, whom he did not name, declared interest in the MP seat even before Midiwo, who had said he would run for Gem MP, was buried.

“Those are not the kind of friends to hang around with. They can do anything for their selfish interests,” Odhiambo said.

Residents say Midiwo was the only aspirant who could have been a real threat to unseating Odhiambo and not the current crop of aspirants.

The MP spoke in Gem on Tuesday during the commissioning of development projects in three schools. He promised to elevate education standards in his constituency.

The MP later visited Malele Secondary School, where he commissioned a classroom.