WHO donates money to fight against neglected tropical diseases

•The program will be scaled to cover up the Lake Region, Rift Valley and Coast once it's completed within the five years time frame. 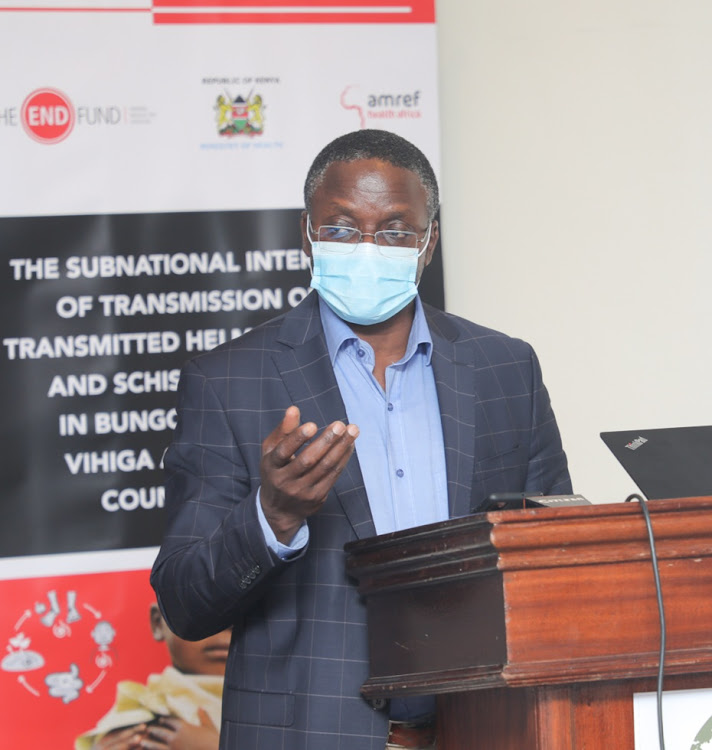 The fight against neglected tropical diseases such as bilharzia and intestinal worms in Kenya has received a major boost as World Health Organisation donated drugs worth Sh5 billion to address them.

The Ministry of Health is partnering with AMREF and The End Fund.

The ministry under the Division of Vector-Borne and Neglected Tropical Diseases has already rolled out a strategy through which the donations will be challenged to fight and eradicate the diseases.

Speaking in Kisumu during a sensitization meeting for County First Ladies, Matendechero said the project targets in the five years within the four counties to treat six million people.

He said the diseases continue to affect the attendance and performance of school-going children and this project is expected to reverse this.

Matendechero said that in their approach, they target to treat school children and members of the community to break transmissions and completely eradicate the diseases.

“We noticed that whenever we treated school children, the number of cases would drop but when we visit the same after three months to test, the numbers were up hence the different approach,” he said.

The program will be scaled to cover up the Lake Region, Rift Valley and Coast once it's completed within the five years time frame.

The burden of managing NTD’s is a strain on public resources as over Sh200 billion is spent annually to control the diseases.

Ndirangu said that currently 13 per cent of Kenyans are infested by worms with 70 per cent being children aged 5-14 years.

“Through the BTS program, a lot of gains shall be made towards total eradication of the diseases,” he said.

Ndirangu said the program targets increase treatment coverage, health behaviour change and the use of innovative approaches to contain the diseases.

The End Fund Vice President Carol Karutu however called for advocacy and resources mobilization to give impetus to the fight against the diseases.

Through the County First Ladies Association, they pledged to rally governors to allocate funds towards the treatment and eradication of NTD’s in the country.