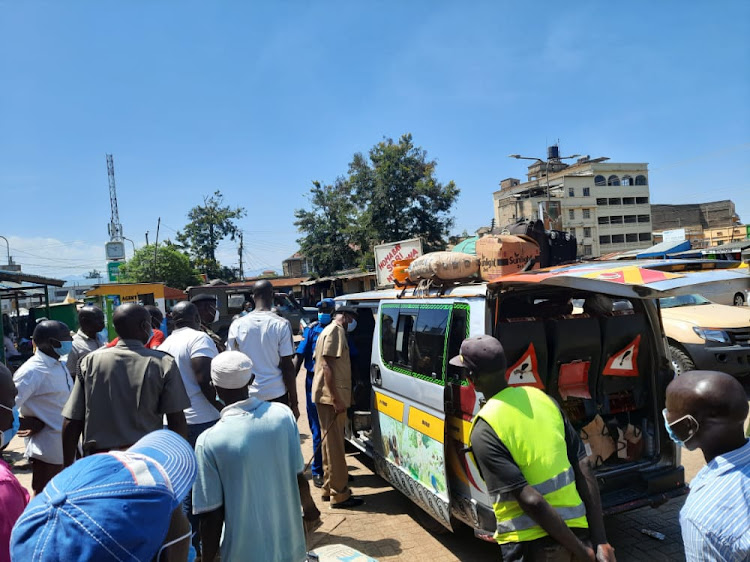 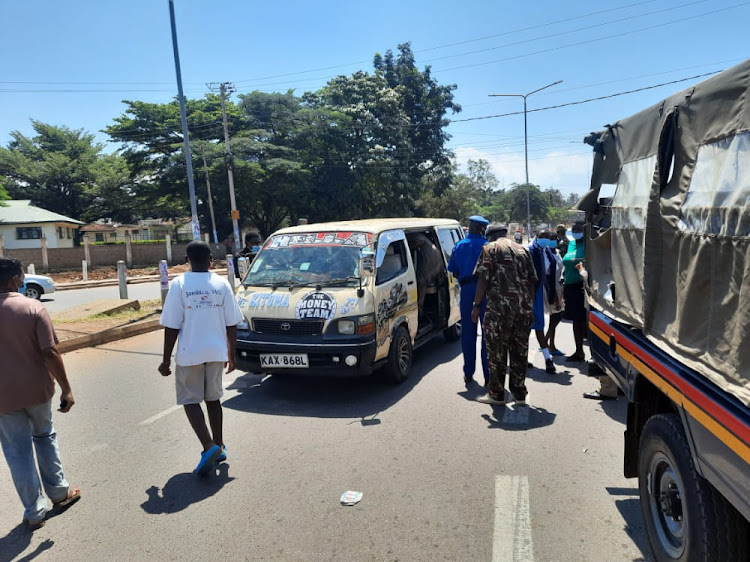 Over 60 people were arrested in Kisumu county during a police crackdown on violators of the Covid-19 rules.

County police commander Samuel Anampiu said the licenses of Dondez and Mamba bars were confiscated for operating past the set hours.

Anampiu said around 10.48pm on Tuesday,  a multi-agency team of security and intelligence officers raided bars and restaurants that had not closed by 7pm as directed.

"The team visited Dondez bar and restaurant within Kondele area and arrested 47 revellers and one from Mamba bar for contravening Covid-19 protocols," he said.

"The suspects will be arraigned. The licenses of both bars were confiscated pending further action as the operation continues."

Other suspects were arrested in Rabuor and Katito where an operation was carried out along the major roads during the day to nab those not wearing face masks.

A total of 12 matatus were impounded for flouting the Covid-19 protocols by carrying excess passengers along the Kisumu-Busia and Kisumu-Kakamega roads.

The crackdown followed a resolution by a multi-agency committee meeting held on Monday chaired by Governor Anyang' Nyong'o and county commissioner Josephine Ouko.

During the meeting, it was decided that an operation be conducted to ensure residents adhered to the rules.

Residents were still flouting Covid-19 rules despite a spike in the number of infections across the region.

Already the county government offices have been closed, with the administration also suspending the provision of non-essential services until further notice.

A spot check by the Star showed some locals were still walking and operating without wearing a mask.

At the Kisumu bus park, it was business as usual as matatus ferried students back to school while full.

Operator John Ochieng said they were taking advantage of students returning to school after the mid-term break to make extra cash.

At Corona market where traders were moved from Kibuye to pave way for the modernisation of the old market, traders did not bother to observe social distancing.

On Monday night, the Star established that a number of bars and restaurants were operating past the required hours in the lakeside city, with some bars staying opened until dawn.

The multi-agency committee meeting on Monday directed that all mortuaries will report daily logs to the county director of public health.

The morgues must further record the time each body is released to relatives and the destination.

Kisumu had 5,739 cases of the virus as of June 5. "The mortality within the county has increased from an average of 12 at the peak last year to a new peak of 18," Governor Nyong'o said.

“All PSVs must adhere to the laid down guidelines, maximum allowable passenger capacity, hand sanitising and proper wearing of masks and must be cleared by the county director of public health. Boda Bodas must strictly carry one passenger with tuk tuks carrying a maximum of two passengers.”

There will also be multi-agency surveillance teams in markets to enforce Covid-19 protocols. County security and enforcement teams are under firm instructions to ensure compliance.

Bars and eateries were directed to obey all public health laws or face permanent closure.

“Bar owners found keeping customers behind closed doors after the 7pm directive will not only be arrested but will lose their licences forthwith," the resolutions say.