OVER MILLIONS OF SHILLINGS

The ruling of the matter is due on June 7 in a Busia court.

• The dispute involves a bank and a politician from Nyanza region who claims he lost Sh25 million in a property sale deal. 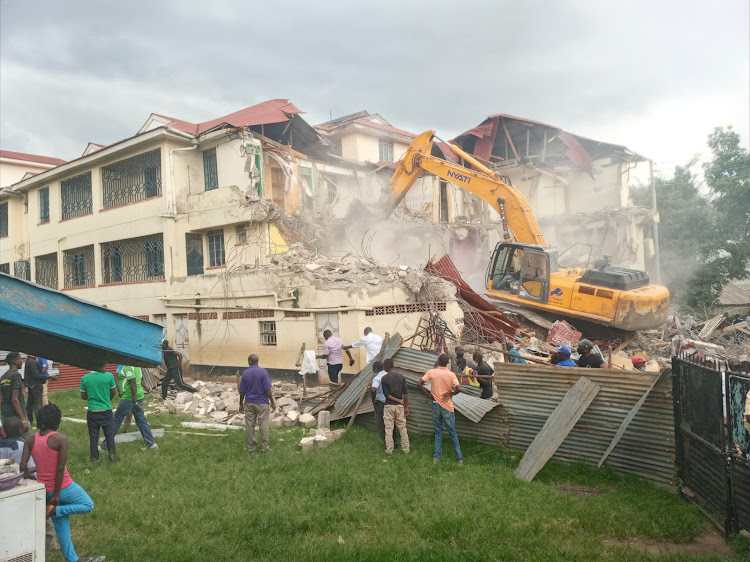 A building built on a sewer line is demolished by Kisumu county government bulldozer at Carwash area on April 20, 2021.
Image: /DANIEL OGENDO

A building that was demolished by Kisumu city authorities on Tuesday in Migosi estate is at the centre of a pending court case.

The dispute involves a leading financial institution and a politician from Nyanza region who claims he lost Sh25 million in a property sale deal brokered by the bank.

The Star has established that the politician was approached by the bank in 2018 to buy the property for Sh80 million, asking price.

The politician agreed to buy the property for Sh30 million.

The bank had earlier approved a Sh37 million loan to the original owners of the storey building but had only advanced Sh8 million.

The politician bought off the loan as part of payment for the property and the money was paid directly to the bank.

He also allegedly paid Sh17 million to the original owners of the building.

The politician, however, discovered that the property was built on top of a sewer line and demanded back his money, saying he was no longer interested in buying it.

The ruling of the matter is due on June 7 in a Busia court.

On Tuesday this week, bulldozers descended on the building and reduced it to mere rubble.

Targeted properties in the demolition include business premises and homes.

The city authorities had asked the owners to remove the structures or they be demolished at the owners' expense.

At least 30 buildings – some of them multi-storey buildings – are set to be pulled down, Wanga said.

He said the city has been experiencing major flooding challenges on the streets and estates.

He attributed the problem to illegal encroachment on the drainage and sewer land, a situation that has interfered with sewage and runoff water flow.

"One of the affected estates is Migosi where drainage and sewer networks have completely collapsed," a notice reads.

"Exercising the power conferred upon the county government of Kisumu, notice is hereby issued to those with illegal structures in the utility spaces to remove them."

A week ago, city authorities in collaboration with engineers from Kisumu Urban Project conducted a technical assessment of the storm floods within the CBD.

A raft of measures recommended by the team included a directive to the contractor to fast-track the completion of drainage works along An'gawa, Oginga Odinga and Kenyatta roads.

The contractor was directed to destroy all the ramps along the affected roads and redesign them to avoid obstruction of stormwater along the drainage channels.

On the other hand, the city officers were mandated to unblock and open up the drainage. 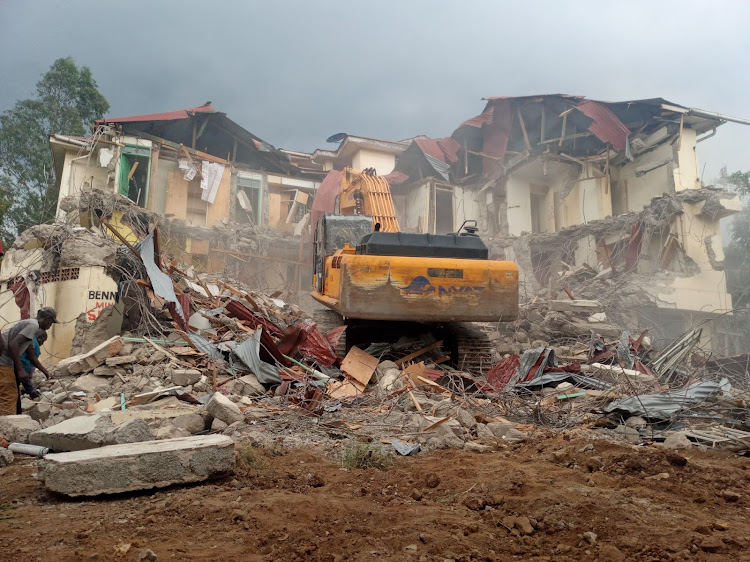