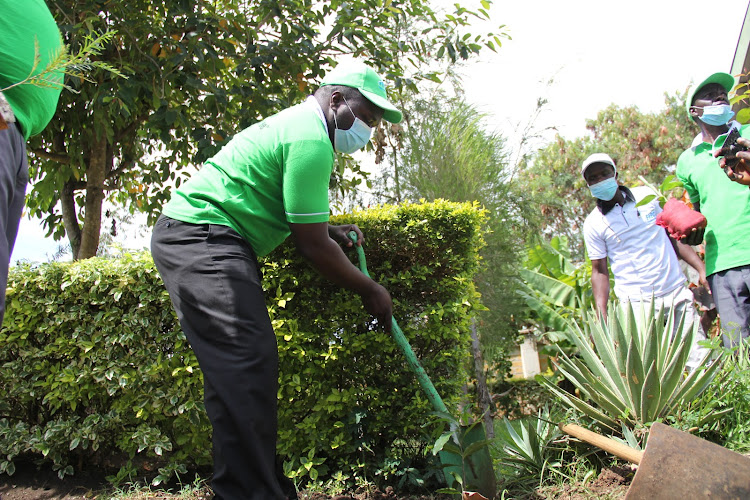 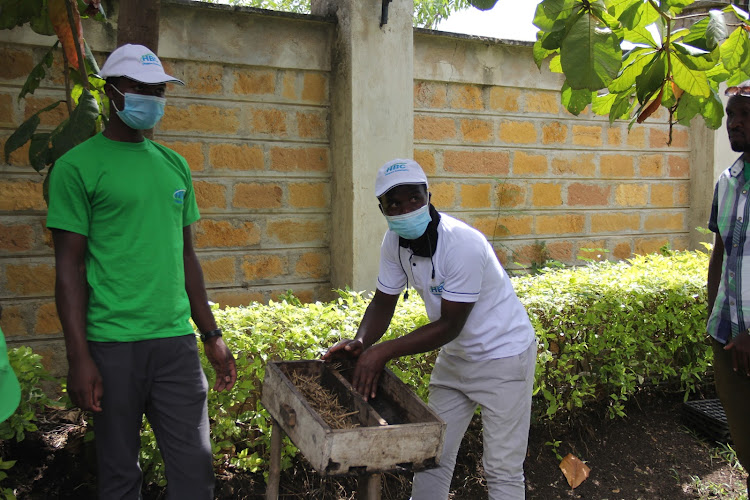 A group of professionals have started a project of planting of more trees in Homa Bay to improve the county's forest cover.

The professionals who live in the diaspora are working with both national and county governments, NGOs and community based organisations to realise the agenda.

The Homa Bay Diaspora Community is planting trees in both government and private institutions in Homa Bay to improve forest cover which currently stands at 2.6 per cent.

The project dubbed One Child One Tree, started on Saturday where the group and some teachers planted trees in their homes and work stations.

Okeyo expressed concerns that the low forest cover in the county has affected agricultural production because rains have become unpredictable.

“It is through the reforestation, agro-forestation and conservation of our environment that we will ensure a sustainable agricultural production,” Okeyo said.

The project will be cascaded to learning institutions once children reopen schools in May. They expect every learner to plant at least a tree at school and home.

Okeyo argued that low forest cover in Homa Bay has had several negative impacts on the environment including increase in soil erosion and reduced rainfall which contribute to low food supply.

“Homa Bay is ranked number 40 out of 47 counties in environmental performance index. Unless we change the trend we’ll continue facing environmental conservation challenges,” he added.

Some of the issues affecting the environment in the county include poor waste management.

Homa Bay is also among areas where deforestation has taken root according to the Kenya Forest Service as residents cut down trees for fuel, bricks making and to get land for cultivation.

Nyadoro said the rate at which trees are cut in Homa Bay is alarming as he called for concerted efforts to eradicate the menace.

The director called on the county government to help the authority reduce excessive sand harvesting in some parts of Karachuonyo constituency.

“Degradation of environment has attributed to floods and drought. We are hopeful the programme will help Homa Bay reach recommended forest cover,” Nyandoro said.

Omuga said they are sensitising residents to understand the importance of growing trees and improving forest cover in Homa Bay.

They are providing funds for purchase of seeds for growing seedlings, bags for making tubes and supplying to the partners and residents for planting.

“At least 100,000 seedlings are expected to be produced as a minimum per site. Let residents own the project for its effectiveness,” Omuga said.

Ashley appealed to women in Homa Bay to embrace modern cooking methods that conserve and protect the environment.

“Keeping our environment safe and clean will ensure we drive away water borne and other communicable diseases,” she said.