• Ogada said they are committed to strengthening Kanu in Nyanza and Tom Ojanga was named first vice chairman in the region. 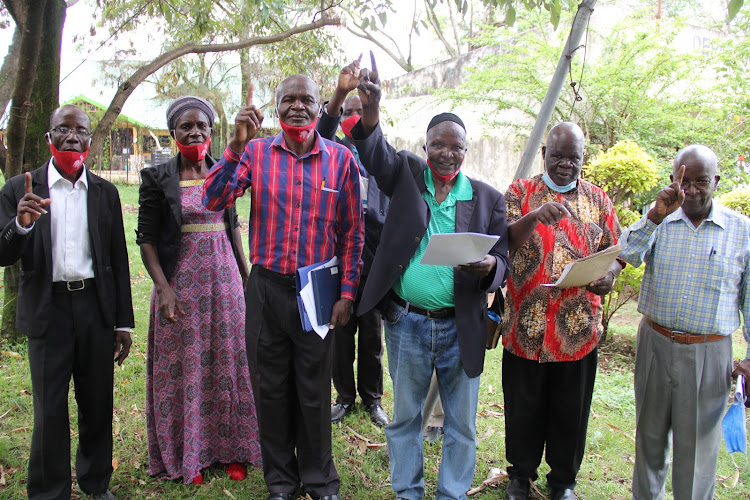 Kanu officials in Homa Bay and Migori counties have urged residents to support the party and restore its lost glory now enjoyed by ODM.

They called on people who left it for other parties to return.

“Kanu was started by our great sons from this region. There is no reason why residents should shy away from joining Kanu and I urge them to come back," Otieno said.

Ogada said they are committed to strengthening Kanu in Nyanza.

The politicians nominated the party co-coordinator in Nyanza Tom Ojanga to be the first vice chairman of Kanu.

Ochieng’ said joining Kanu should not be perceived as rebellion against any political leader in Nyanza, a reference to Raila.

“Let our people join Kanu because it is our original political party. All prominent politicians  trace their roots to Kanu," Ochieng’ said.

Ojanga is expected to compete with candidates from other counties.

Kanu used to have prominent politicians in the region such as former Rongo MP Dalmas Otieno, Okiki Amayo and Akech Chieng’ in the 1990s.