• The student then worked some formulas in an exercise book and was found sharing with colleagues before exams started at 7:27am Thursday morning. 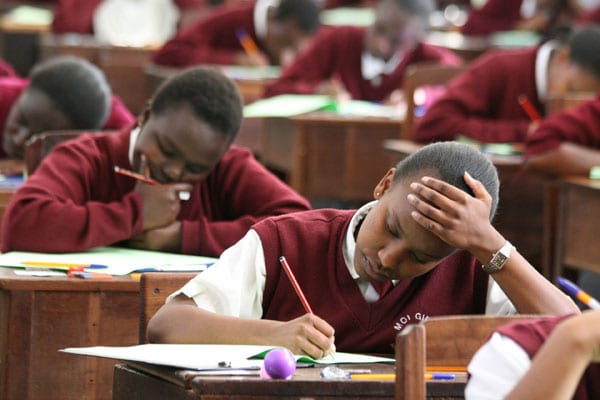 Seven out of the eight candidates at Nyamira Private candidates centre are under investigation after they were suspected of having irregularly accessed materials with questions similar to the chemistry practical paper which was done on Thursday.

Nyamira county Commissioner Amos Mariba said a candidate received questions through WhatsApp, worked some formulas in an exercise book and was found sharing with colleagues before exams started at 7:27am Thursday morning.

According to Mariba, security officers, education and Knec officials are investigating the incident to establish whether the contents were genuine exam questions and answers.

A number of people have been arrested over irregularities in the ongoing KCSE examination and are held at Nyamira and Manga police stations pending interrogation and being charged in court.

“I want to warn anyone who tries to cheat in Nyamira that the long arm of the law will catch up with them. The candidates should report anyone who tries to confuse them to the authorities as they may face legal action and also have their exams cancelled,” Mariba said in a statement on Friday.

He further noted that there will be thorough investigation into that issue and anyone who will be found culpable will face the law, status not withstanding.

“We will deal with any individual, official or any other person that will be implicated in this cheating saga. We want transparency in the ongoing examination and let me remind them that the law will not favour them despite their status in society,” the security chief warned.

He called upon the candidates and all the centre managers to be more vigilant so that the ongoing examinations can be concluded without hitches.

Nyamira is among  counties across Nyanza region that were put on the examination leakage radar recently by the Education CS George Magoha.