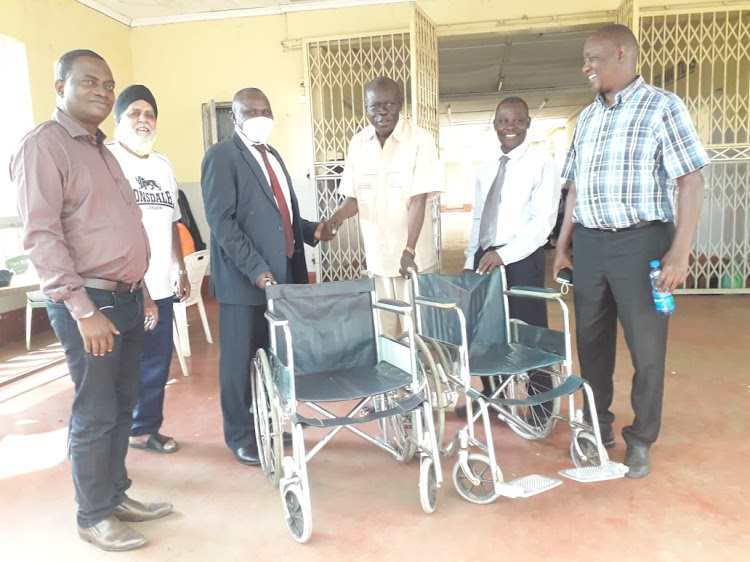 Former students have threatened to sue over the planned relocation of Kisumu boys and girls high schools to the outskirts of the lakeside city.

Acting city manager Abala Wanga told the media the county government will set up an industrial park in Kibos area, where the schools will be relocated to.

"We have set aside 105 acres of land. This will be one of the busiest industrial parks in Kibos, which will have schools, industries and other facilities," he said.

However, Kisumu Boys alumni have threatened to move to court over the relocation of the two schools from the central business district.

Led by the president of Kisumu Boys Alumni Foundation James Mwamu, the association noted that the decision is ill-thought and it does not make any economic sense that two iconic schools want to be replaced with hotels and malls.

They vowed to resist the move at all costs. Mwamu said Kisumu Boys is a national school reserved by the national government for educational purposes.

He said that for relocation to be done there must be concurrence by the national government and public participation, including engaging others such as the school board. He said the association had sat and agreed to reject the move in totality.

Kisumu boys and girls, the lawyer noted, are historical monuments, because they are schools that came up as a result of the building of the Kenya-Uganda railway.

"When writing the history of Kisumu you cannot do so without the mention of the two schools and we call upon the residents to reject this move," Mwamu said.

He said if the county needed to construct malls and hotels it should look for land elsewhere and not within the two schools.

He said the schools serve the residents and students from nearby areas who go to school on foot, by bicycle or even use public transport. Relocating them to the outskirts of town would deprive thousands of parents and students of affordable and accessible schools.

According to the new plan backed by the county government, the city management and the Lake Front Development Corporation, Kisumu Girls, Manyatta Arabs School, the county referral hospital, the main bus terminus and the jua kali market will also be affected.

The changes have started with a 12-month project dubbed "Transforming Kisumu City through enhanced urban aesthetics", which has seven key focus areas to improve the city's economy and the services offered to the people.