• KDF recruitment is open to traders, cadets and older officers.

• John Ochiel said he was turned back after he failed to provide his original Form 4 certificate. 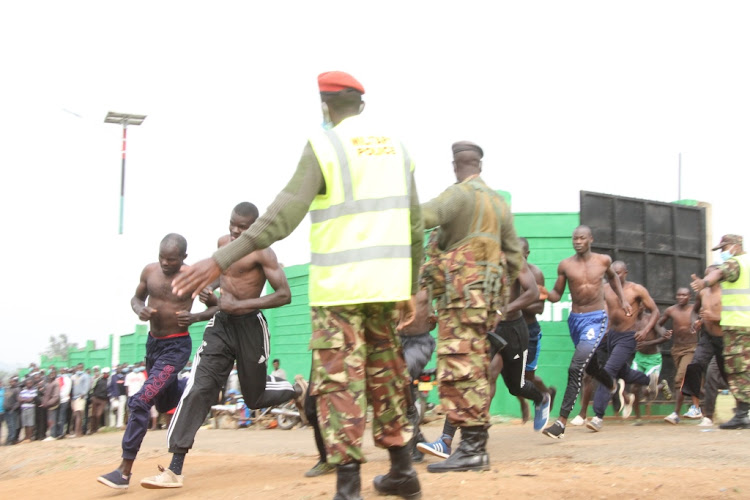 FAKE PAPERS: Potential recruits are shown the way inside the Migori county stadium during recruitment on February 2
Image: MANUEL ODENY

A number of potential recruits for the Kenya Defence Forces in Migori county have been turned away for turning up with fake documents.

“The exercise was fair although we turned down cases of recruits presenting fake documents,” he said. The officer did not say how many were turned away or how many applied.

He said the KDF recruitment would enlist tradesmen, cadets and older officers.

“Most had forged academic credentials, fake identification documents and even shoddy birth certificates,” Sayid said of the recruitment on February 2.

However, some recruits said the officers had used the documents issue to lock them out.

“My daughter, despite graduating from NYS, was turned down after scrutiny of her identification card that the officers claimed had fingerprints that didn't match," Jacinta Ouma said.

John Ochiel said he was rejected after he failed to provide his original Form 4 certificate.

“I was yet to pick my certificate because of fee arrears, I picked a copy but was turned away,” Ochiel said.

Sayid maintained, however, there was ample time to meet all the requirements as the vacancies had been advertised early enough.

“The exercise was specific on academic credentials and other qualifications as well as the timeframes. Those who never met the threshold were obviously turned down,” he said