They are demanding promotions, deployment, and Covid-19 allowances.

•He noted they have given the executive chances while the assembly also ordered the executive to implement past resolutions, but this was never honoured. 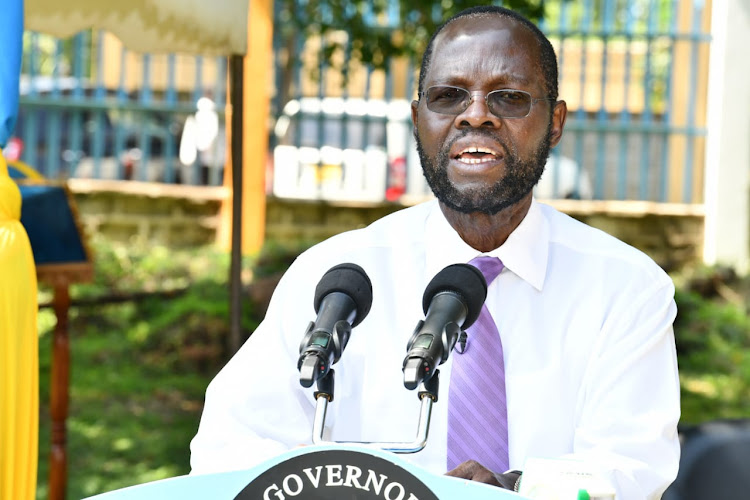 Health workers in Kisumu say they will proceed with their strike on Tuesday after negotiations led by the county assembly fell through.

The County Assembly committee of health and labour had summoned officials of five unions and the executive for talks.

Maurice Opetu, Kisumu branch secretary of the Kenya National Union of Nurses, told journalists they do not trust the executive, which they accuse of not honoring the bargain agreement.

He noted they have given the executive chances while the assembly also ordered the executive to implement past resolutions, but this was never honoured.

“Our strike is on until all our demands are effected as was ruled by court. As at now, on June 9 our members will down our tools as per the notice given,” he said.

The nurses, laboratory workers and other health staff are demanding promotions, deployment, end to chronic late payment of salaries and Covid-19 allowances.

The assembly talks were attended by the County Secretary, county executive committee member for Finance, Secretary to the County Public Service Board and Chief Officer for Health.

The county announced that already over 1,000 health workers have been promoted, save for 144 because of budget constraints.

The meeting was chaired by Speaker Elisha Oraro as MCAs presented pleaded with the union officials to suspend the strike and the executive time.

Oraro noted that the assembly had already passed the budget on Covid-19 and the Executive should just commit to them on when they will start receiving their Covid-19 allowances.

“We have also agreed that the remaining 144 health workers who are yet to receive their promotion letters will do so after the county communicates to the Public Service board on the same,” noted the Speaker.

South East Nyakach MCA Johnson Guya told the union officials to put on hold the strike to allow the county to factor in monies for the promoted officers in the payroll.

Kenya National Union of Medical Laboratory officers, Kisumu branch secretary Hilary Awili said the county made commitments before court, which they must implement.

Awili said the Assembly will not resolve any dispute between the county and the health workers due to mistrust.

In a letter dated June 2, and addressed to the county secretary, the workers cite failure by the administration to pay Covid-19 allowances and the unresolved chronic delay of salaries.

They say the county has failed to issue letters of promotion, redesignation and confirmation.

The Labour and Employment Court in Bungoma on January 30 ordered the promotion of healthcare workers. The county, in a letter dated April 30, requested the implementation be moved from April to May.

“All healthcare workers are advised to stay away from their workstations and keep safe at home on the expiry of this notice on June 9,” reads the notice signed by union representatives.

The letter has been copied to the Health executive, Health chief officer, Public Service Board secretary, county assembly clerk and all the general secretaries of the unions.

The last time the workers went on strike, the healthcare system shut down, hospitals were deserted with no one to take care of patients. The strike lasted more than two months.

The Health department has faced numerous challenges and had been without a substantive head for many months.