Police teargas Kisumu traders out of market over Covid-19 fears

Business owners say measures for safe buying and selling should be put in place.

• Kenya has seven confirmed cases, all recorded in Nairobi. 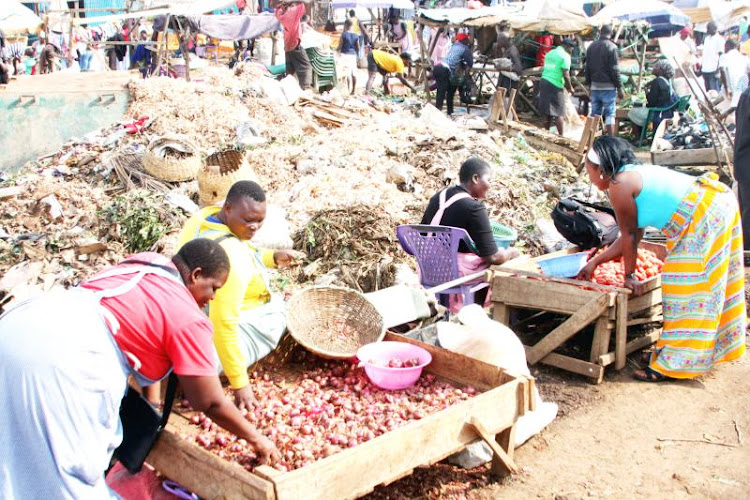 Police on Sunday dispersed traders from Kibuye as they enforced a ban by the Kisumu county government on official market days.

Nyong'o said the closures will go on for three weeks and an announcement made after a review.

Traders had begun selling to customers at the market when the officers arrived in five land cruisers and full combat gear as others remained standby at the entrance and exit.

The anti-riot officers were forced to lob teargas canisters at the traders to disperse them. Many scampered to safety with their goods.

Those who had heavy goods had to flee without them to avoid being caught by the officers.

Traders and locals who spoke to the Star said that the county government should instead put up measures for safe buying and selling, not chase away traders.

“It’s very unfortunate that we have to see our elderly mothers and grandmothers run for safety as teargas canisters are hurled at them,” Elvis Omanya said.

Magdaline Mukwa said that a lorry had just offloaded cabbages for her at her usual selling point.

“I was forced to run for safety and leave my cabbages there. I'm not sure I will find them if I go back or whether the officers will allow me to take my goods,” she said.

Charles Ada, an official at the market, said that even though they are going to make losses, they understand and support the county government's efforts.

“We know it’s a mess but from Monday we will continue with the business,” he said.

Felix Otula, a resident, said that he went earlier to the market as always to buy some goods but was caught up in the melee.

“This is not the best way to address this matter even if coronavirus is there. Imagine the losses for those who depend on the market to provide for their families,” he said.

Ada said they cannot oppose what the county government is doing because it is for their benefit.

He said that the county government should fumigate the markets and provide sanitisers and soaps in the market.

Traders said that the closure of the market will have economic ramification on them.

Mary Akoth said most traders live from hand to mouth and will suffer if the market is closed.

“Where will I get my daily bread from when my children are back in the house? It's from what I sell that I'm able to put food on the table. Hunger we kill us before coronavirus," Akoth said.

Kibuye is one of the largest markets in the region and serves traders as far as from Busia, Kakamega, Homa Bay, Kisii, Nyamira, Siaya and Bungoma.

The official market day is on Sunday, but traders access it daily.