Since 2014 assets worth Sh13.2 billion have been recovered 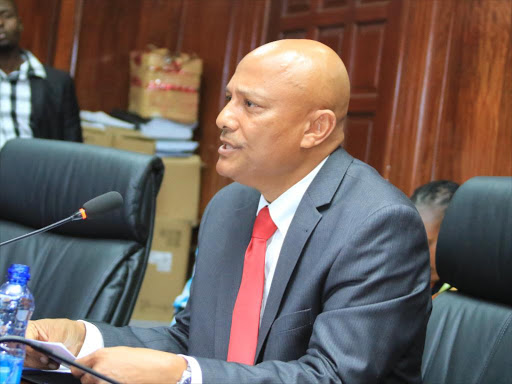 The Ethics and Anti Corruption Commission averted loss of approximately Sh20.4 billion through proactive investigations and disruption of corruption network since 2014.

Mbarak spoke in Kisumu when he presented the status report to the National Assembly's Justice and Legal Affairs Committee.

Since 2014 assets (cash, movable and immovable) worth Sh13.2 billion have been recovered or surrendered to the commission.

The commission will transfer to state Sh545 million from public officers found to own assets disproportionate to their legitimate sources income.

Mbarak said the EACC has 357 cases pending in courts across the country seeking to recover assets worth Sh8.5 billion.

In the last five years, the commission has investigated 844 cases.

Some of the high impact cases concluded include the Sh4.8 billion procurement irregularity at the State Department of Correction Services, Sh4.1 billion irregular procurement at LBDA and Sh1 billion unexplained wealth of a senior manager at the Kenya Revenue Authority.

Mbarak said the commission was experiencing challenges of budget constraints. Its average allocation is Sh3 billion.

Post a comment
WATCH: The latest videos from the Star
by FAITH MATETE Correspondent, Kisumu
Nyanza
16 March 2020 - 23:00
Read The E-Paper