• Ongwae says a reorganisation of government is necessary to bridge gaps. 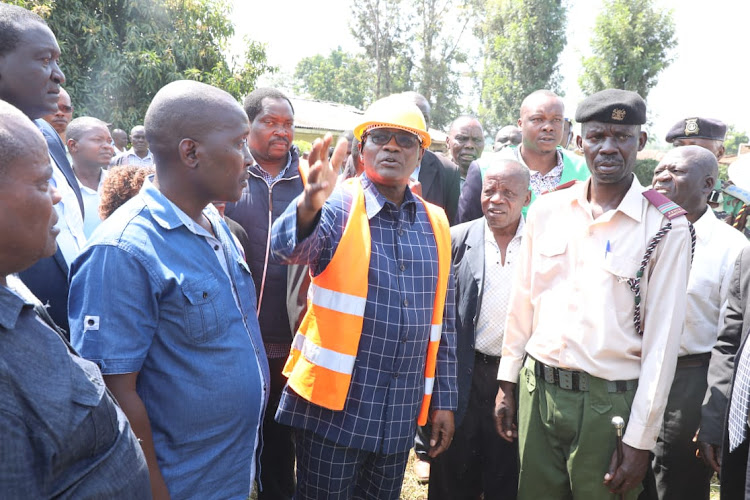 Kisii Governor James Ongwae has said the reshuffle of his cabinet will improve efficiency and secure his legacy.

The reshuffle on Thursday affected CECs, chief officers and directors.

“As you are aware, a few months ago I was given results of our performance contracting for the last financial year. The results indicated certain gaps in the way we perform county functions. It is in this regard that a reorganisation of government is necessary to bridge these gaps,” Ongwae said in a statement.

In the changes, Edna Kangwana will be the new Administration Co-operative Services and Stakeholder Management executive. She takes over from Walter Okibo who was moved to the Roads, Public Works and Housing docket.

Skitter Ocharo will head the Trade and Industry department, taking over from Kangwana.

John Momanyi will take over the Energy, Water, Environment and Natural Resources department. He takes over from Ocharo.

Timothy Kambuni, who has been an acting chief officer in the governor’s office moved to Stakeholder Management.

Alex Nyamweya is the new acting chief officer in the governor’s office. Geoffrey Mogire is the new Agriculture chief officer, while Osoro Okondo was moved from Roads to Lands.

Abel Sagini takes over as chief officer in the Culture and Sports department, taking over from Caroline Nyaseta who was moved to the Roads department.

Twenty directors were affected in the reshuffle.