• Ongwae said the forum was meant to ensure information about the BBI report trickles to the grassroots.

The first Building Bridges Initiative forum is underway in Kisii with several top politicians in attendance.

"We are meeting here as leaders from all regions and from all political parties and there is no partisan politics at all," he said.

Ongwae said the forum was meant to ensure information about the BBI report trickles to the grassroots.

He said more copies are still needed to reach more Kenyans in the grassroots.

"I ask Interior CS Fred Matiangi to ensure that more more copies are availed so that our people can read and understand before they make an informed choice about it," Ongwae said.

Kitutu Chache South MP Richard said BBI will give political retirees a voice in the governance of the country.

He said in addressing graft, youth will get funds which they will start business with.

ODM nominee Denita Ghati said Kenya has 8.5 million people with disabilities  who should be given positions in the proposed new government structure.

She said during the implementation, those with disability must be on board.

She also urged for inclusivity of small communities in both county and national leadership during the implementation of the BBB report.

The documents was hailed for giving tax holidays to business start ups. 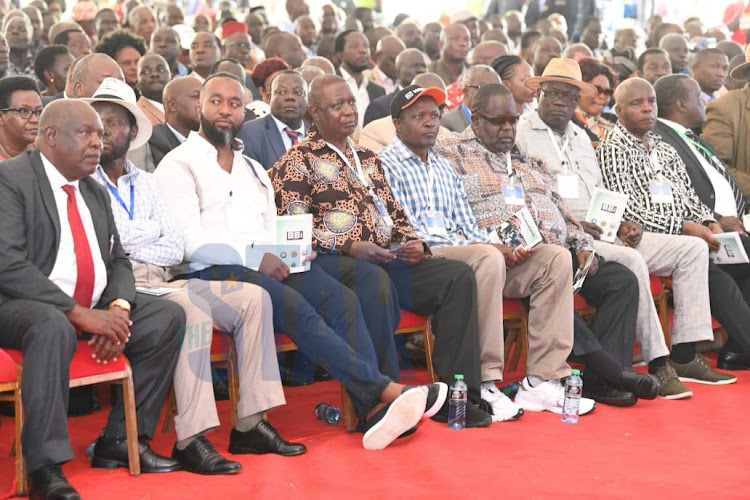 Ongwae denies Kisii county will use Sh18m for BBI conference

County chief said that the six devolved units will foot transportation costs for delegates to the meeting.
Counties
1 week ago