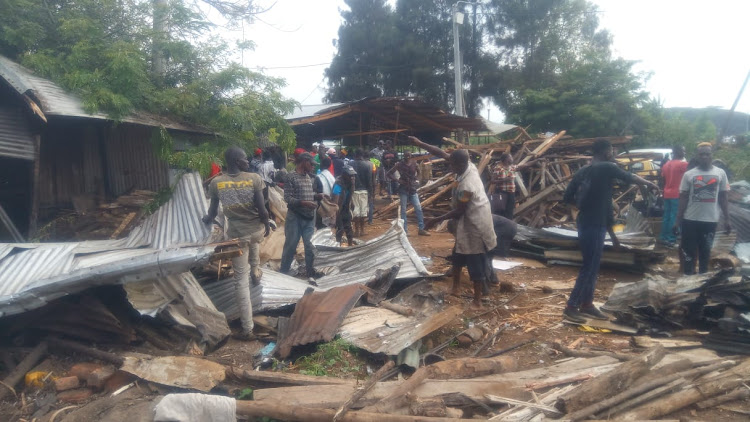 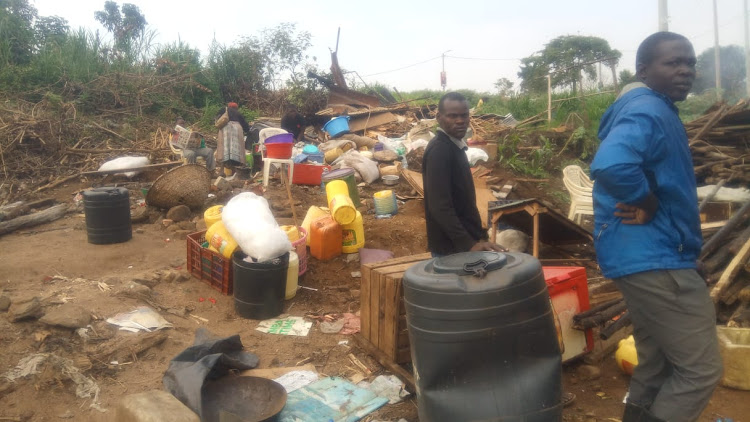 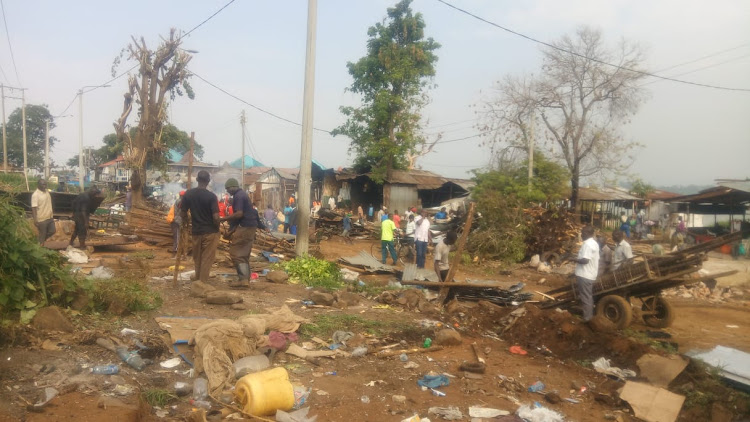 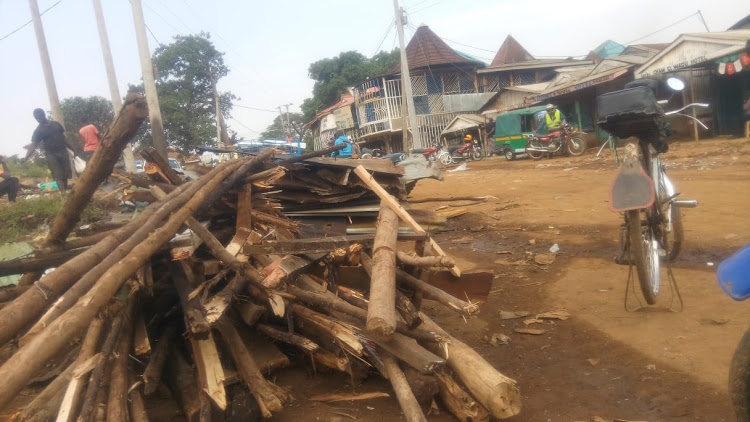 Hundreds of traders attached to Lwang'ni Beach are counting losses after bulldozers descended on their structures on Tuesday night.

Lwang'ni beach is a popular fish eating spot that for decades had attracted international and local tourist who visit the place that is on the shores of lake Victoria.

On Wednesday morning, traders along the area woke up to a rude shock after they found there structures flatten and attempted to salvage what was left of the ordeal.

According to the traders who were present when the demolition was going on,  they had been issued with a month's notice by the Kenya Railways Authority on 12 of July, only to be given a 5 hour eviction notice by the Kisumu county government on Tuesday evening.

The traders alleged that they had a meeting with the LREB CEO Abala Wanga who told them that the roads were to pass where there structures were and would only affect part of them.

"However this was not the case because on Tuesday night  around 10pm the Bulldozer  came and descended on our structures bringing down part of the structures," said Mary Awino.

She added that they have been told that the remaining structures will be flatted on Wednesday  night.

Awino added that they have nowhere to go as traders who have been doing business in the area for the last 10 years.

“I get my family daily bread from this place, pay my children education fees, I wonder where we will start now that we are stranded with nowhere to go," she added.

The public notice letter by the Kenya Railways was addressed to all tenants with temporaty occupation lincence and short lease within their land along Akamba line and Lwangni beach within the county.

The letter further stated that in accordance to the provisions of short leases and temporary occupation licenses executed between Kenyan railways and yourselves, which states that 'either party may terminate this agreement/term of lease at any time during subsistence of my tenancy by giving one month notice in writing.

“You are therefore given a one month notice to vacate your business out of Kenya Railawys land to pave way for revitalization, expansion and operation of Kisumu Port.Failure to comply will compel the corporation to forcefully evict and take over possession and Kenya Railways will not bear any liability for any loss and damage,” read the letter signed by the acting Manging Director Philip Mainga.

However the traders questioned why the demolition was being done without the notice time given elapsed.

State invested Sh3 billion to rehabilitate Kisumu Port which has been idle for years.
Counties
1 year ago

President Uhuru has become a regular visitor in Nyanza after the handshake
Counties
1 year ago
by FAITH MATETE
Nyanza
24 July 2019 - 13:05