Homa Bay to plant 400,000 trees in next financial year

• Research done by climatologists shows county has been experiencing fluctuating rainfall patterns due to climate change. 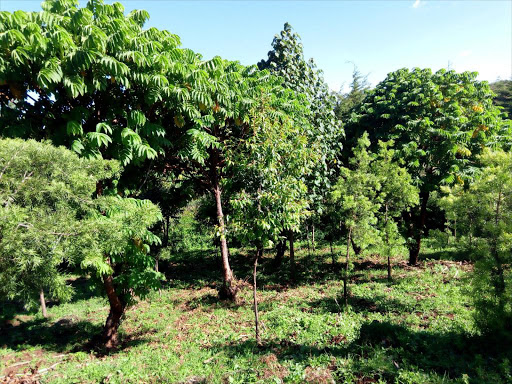 Some of the Indigenous trees planted and nurtured in Kapchemutwa forest.
Image: STEPHEN RUTTO

Homa Bay government has announced a plan to plant 400,000 trees in the coming financial year.

The county wants to revive its forests and stem the loss of tree varieties due to deforestation.

Deputy Governor Hamilton Orata and Water and Environment executive Dickson Nyawinda said they had set aside Sh2 million for tree planting in the budget which will be read in a few weeks.

Research conducted by climatologists from the University of Nairobi has shown that Homa Bay county has fluctuating rainfall patterns due to climate change.

The research led by Clifford Omondi and published in the  Journal of Sustainability, Environment and Peace revealed that the county loses water rapidly due to drying water sources.

It recommends that the county commences environmental conservation initiatives.

“We are also targeting schools because we want to make Homa Bay green. The environment is the key to economic development,” Orata said on Wednesday.

Nyawinda urged residents to embrace the culture of planting trees.

“I call on stakeholders to prioritise tree planting in their respective villages to enable us to achieve the required vegetation cover,” Nyawinda said.

He argued that planting trees should be a cardinal responsibility of every resident.

The leaders told residents to develop a self-drive in which every event is accompanied by tree planting.