Integrated IDPs to snub polls if they’re not paid 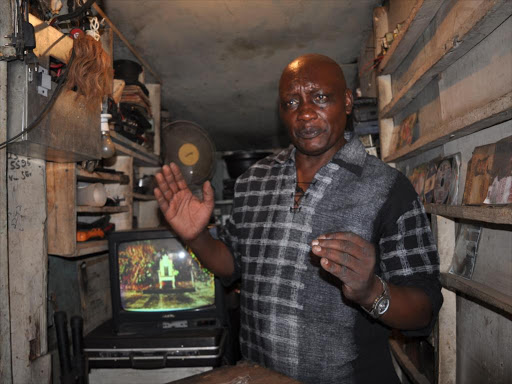 Internally Displaced Persons in Nyanza have threatened to boycott the 2017 general election if the government does not compensate them.

The victims of the 2007-08 post-election violence said the state has to compensate them for the suffering and losses they incurred during the chaos.

Nyanza Region IDPs Network chairman Nelson Owegi said Luo Nyanza has 12,500 IDPs, while Nyamira and Kisii have 29,000 IDPs. Most of them were chased from PNU zones such as Naivasha and Nakuru during the PEV.

Owegi told the Star the government has not helped them, and has only compensated IDPs from other regions.

“We held a meeting with the subcounty IDPs' officials within the region and we resolved that we will not vote if we are not compensated," he said yesterday.

“The government said they were to finish with the IDPs from the camps, which they did. Now we are wondering what is going on because its one year down the line [and we are] still waiting for compensation for the Integrated IDPs.”

Recently the government released Sh6 billion to compensate integrated IDPs but those in Nyanza are yet to be compensated, he said.

Opondo said if leaders are not ready to fight for IDPs, they should forget their votes.

“Leaders in other regions are fighting for the rights of people, most of whom have been compensated. But in Kisumu, and Nyanza region as a whole, there is nothing being done," the coordinator said.

She said there is no need voting for the leaders in every election, yet the voters are forgotten.

“I urge our people to register as voters and have their identification cards in place and when it's election time and we have not been paid, let us not cast our votes," Opondo said.

The network under Kisumu county has written to Kisumu county commissioner John Elung'ata, requesting his office intervene on the matter of their compensation.

In June 2016, IDPs affairs of the Kisumu county were transferred from the Ministry of Devolution to the

Post a comment
WATCH: The latest videos from the Star
by FAITH MATETE @faymatete
Nyanza
18 August 2016 - 03:00
Read The E-Paper