Says there is an acute shortage of food and water due to four consecutive failed rainy seasons. 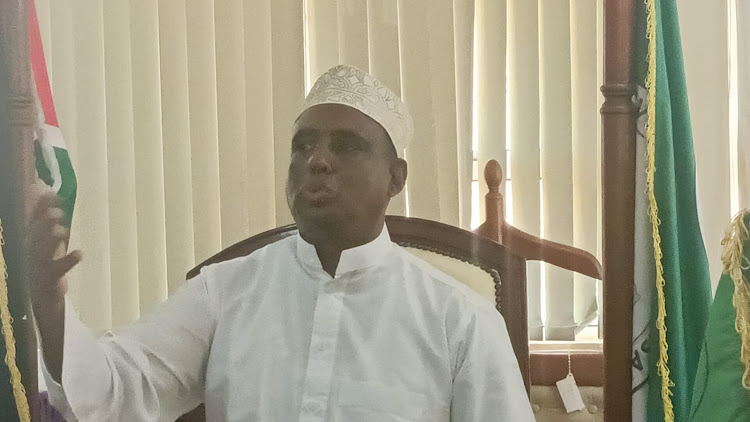 Marsabit Governor Mohamud Ali has appealed to the national government to supply relief food to drought-stricken residents in the county.

Ali said there is an acute shortage of food and water due to four consecutive failed rainy seasons.

The governor said his government had run out of resources saying there was a need for swift action.

He said the situation has reached an alarming level, saying the drought is beyond the intolerable level.

“We haven't received enough rainfall for the past four years and the trend is worsening in all the four subcounties,” Ali said.

The governor said malnutrition cases in children below five years will be on the rise if urgent measures are not taken.

He said some learning institutions could be forced to close due to the drought and the lack of school feeding programmes that keep children out of school.

Ali said unless the national government and well-wishers step in to save the situation, his administration will not be able to manage the crisis.

“I appeal to the national government and well-wishers to come to our aid and avert this humanitarian crisis,” he said on Friday in his office.

“The current situation has led to the loss of livestock. The few remaining are in poor condition.”

He said a prolonged dry spell has ravaged the county.

The governor said his administration is unable to cope with the high demand for water and food by residents.

“We need urgent help with food rations, animal feeds and water,” he said.

The governor said his administration will continue drilling and boreholes and constructing major pans as a long-term plan.

“The county government remains proactive in handling the situation, but overcrowding at the water points led to frequent breakdown of boreholes, which are costly to repair,” he said.

Ali thanked local NGOs for their support and urged them to spread their humanitarian support across the county.

“Marsabit is in the alarm stage and the trend is likely to worsen. Most wells and dams dried, and a quarter of a million people are at risk of starvation,” Mustafa said.

Residents Boru Galgallo said his livestock had all died.

“I left with nothing, I am so stressed and don't know what to do. Three of my children are in high school and I don't know where to get their fees,” Boru said.

Jillo Wako from Teso who has gone for days without food and is not sure when he will receive support.

“We are hoping God will save our lives because the situation is worse, we don't have food and water. We have not received rain in the last four years and if the government does not come to our rescue,” we will die, Wako said.

He said though no deaths have been reported in the region if the situation remains the same it will be disastrous.

The drought situation is expected to hit the peak by mid-October is as a result of failed rains.
News
4 months ago

Drought intervention in the past 15 years

The government estimates that 3.1 million Kenyans are facing starvation
News
4 months ago

ALI ROBA: State must move with speed to alleviate starvation

His appeal comes after cute malnutrition was reported in two of the four subcounties.
News
4 months ago
Post a comment
WATCH: The latest videos from the Star
by ABDIKADIR CHARI
North Eastern
26 September 2022 - 22:00
Read The E-Paper