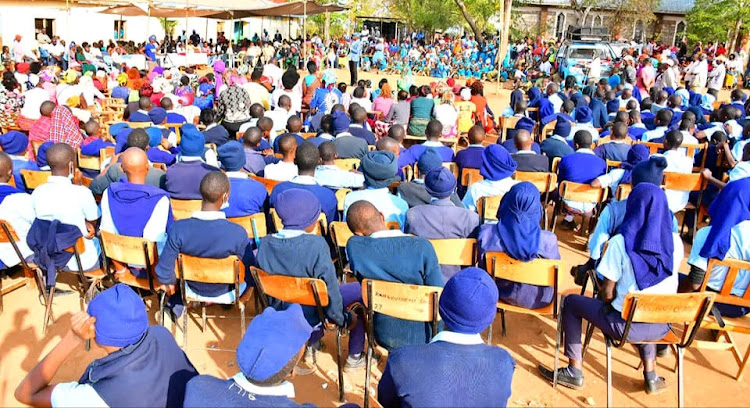 Parents in Mwingi, Kitui county, have decried the expensive cost of the Competence Based Curriculum.

CBC is a new system of education designed by the Kenya Institute of Curriculum Development team and launched by the Ministry of Education in 2017.

The curriculum is designed to emphasise the significance of developing skills and knowledge and also applying those competencies to real-life situations.

However, in Nguni Primary School in Mwingi East, Kitui, parents have said the curriculum is too expensive for them and their children are on the verge of dropping out of school.

Mary Muthisya, a parent who has three children in the school, said the fees for the curriculum is expensive for her.

She also said at times the children are directed by their teachers to bring to school chicken and eggs, among other expensive commodities for their practice in school.

Muthisya said the 8-4-4 system was quite affordable.

" We urge the president-elect William Ruto to scrap this system. It is very stressful and expensive," she said.

Muthisya said that following the ongoing drought and the ailing economy, life has become so tough.

" We are left wondering whether we will provide for food that is also so expensive or we will pay for CBC's terms and conditions," she said.

Mutua John, another parent, narrated how one of his children came home and told him that the teacher had asked for cooking oil and a sufuria.

The teacher, he said, also occasionally told parents to be marking homework for their children.

Mutua said that the curriculum is so unforgiving for the children whose parents are illiterate or live with their old grandparents.

Post a comment
WATCH: The latest videos from the Star
by LINAH MUSANGI None
North Eastern
11 September 2022 - 22:00
Read The E-Paper